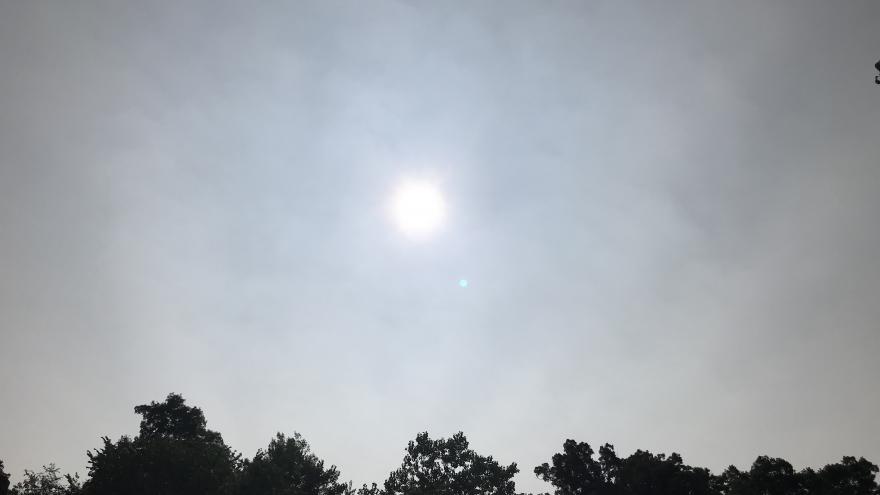 Did you notice the smoky skies on Monday? If not, you may notice them Tuesday as smoke from Canadian wildfires continues to sit over a majority of the Great Lakes. 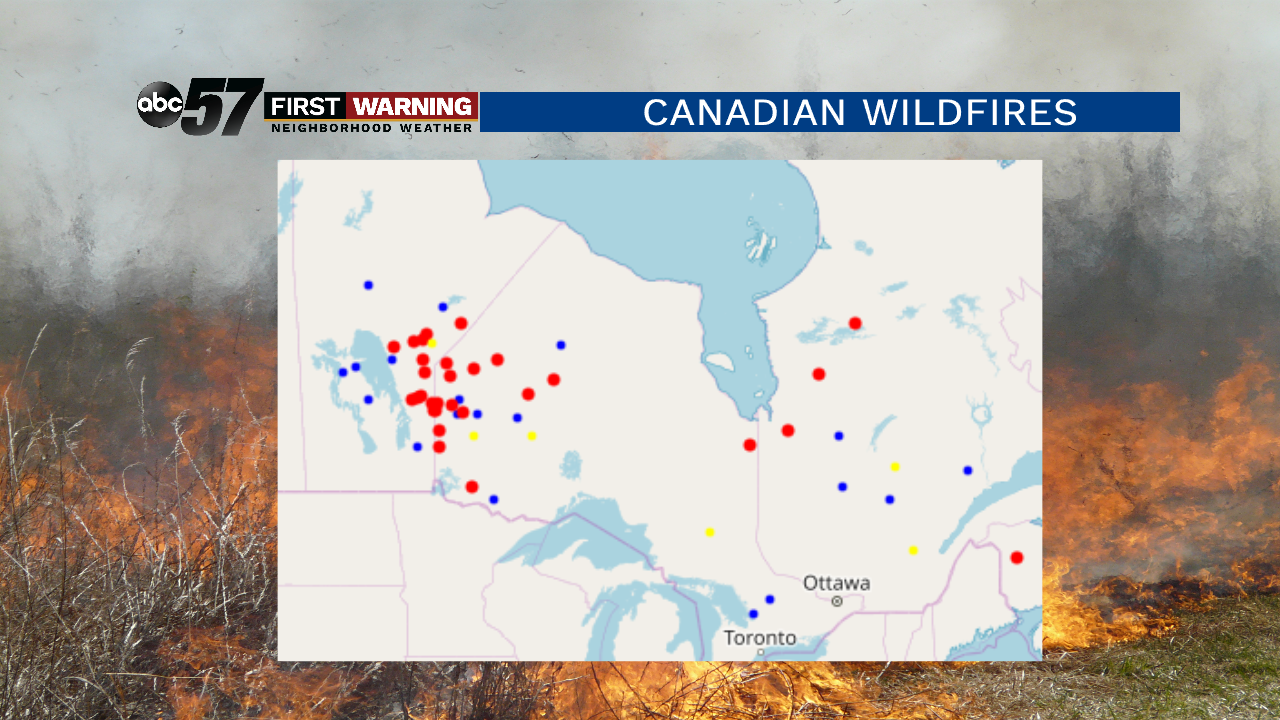 Canadian wildfires as of Tuesday morning. Canadian Interagency Forest Fire Centre
The fires are burning in the provinces of Manitoba and Ontario, directly north of Minnesota. And, courtesy of recent northwest winds aloft, the smoke from those wildfires has been impacting the Great Lakes region. 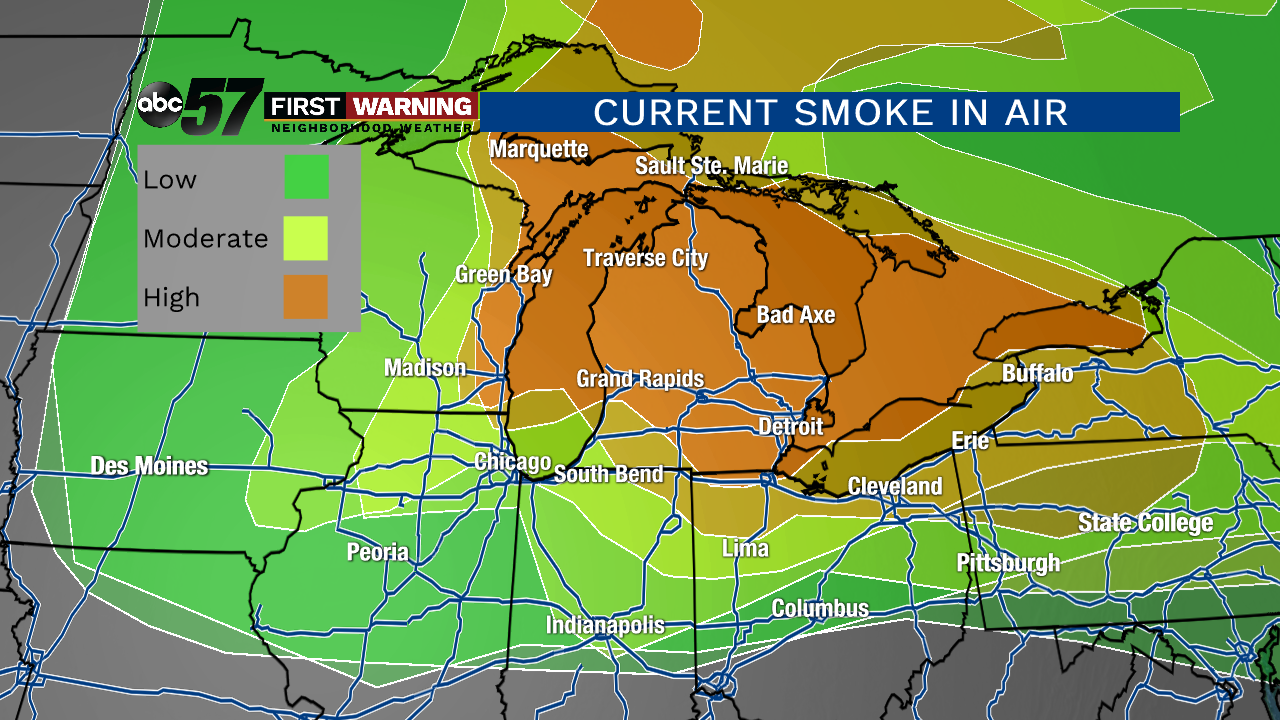 Smoke in the air as of 8 a.m. EDT Tuesday. NOAA
The worst of the smoke has been in eastern Wisconsin, the entire state of Michigan, northern Ohio, and parts of Pennsylvania and New York. However, a "moderate" amount of smoke was analyzed across all of Michiana as of Tuesday morning. 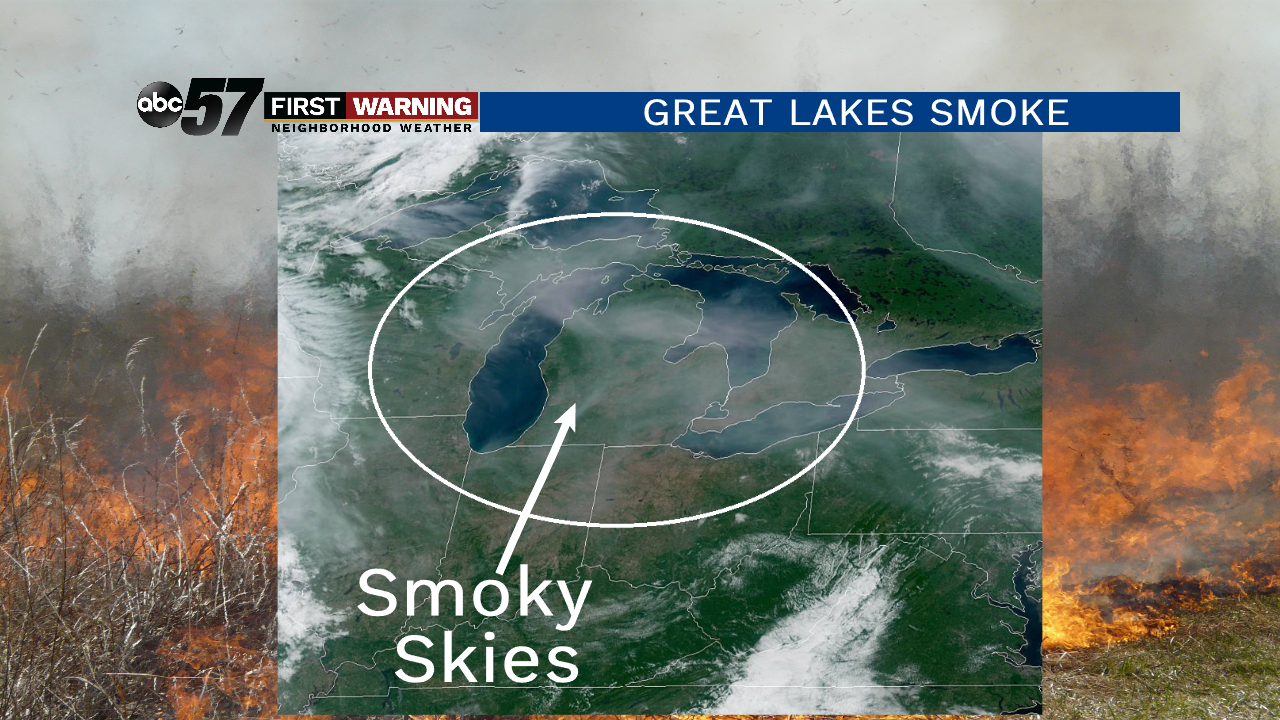 Satellite imagery showing the smoke aloft Tuesday morning. NOAA/GOES
It shows up nicely on satellite as what looks like wispy cirrus clouds. If you look closer, it becomes evident that satellite is indeed picking up on the smoke because it's not really moving much.

Fortunately, the smoke isn't hindering air quality too much. At least locally. 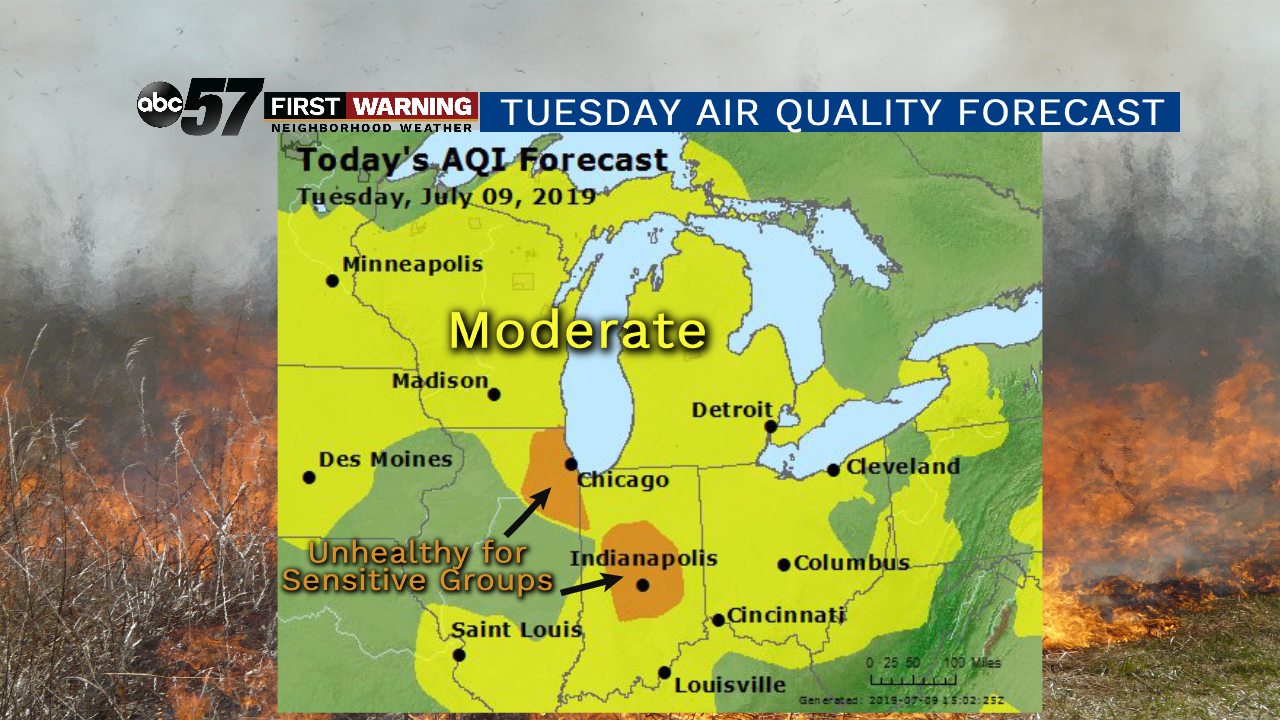 Air quality forecast for Tuesday.
Pockets of poorer air quality exist in northeastern Illinois and central Indiana, but the vast majority of the Great Lakes is in the "Moderate" category for Tuesday. That is less than ideal, but nothing to truly concern yourself over.

Looking ahead, winds will likely send the smoke packing by later Tuesday, but it is possible some will remain. Wednesday should be smoke-free, but northwest winds could again bring smoke into the region Thursday and Friday. 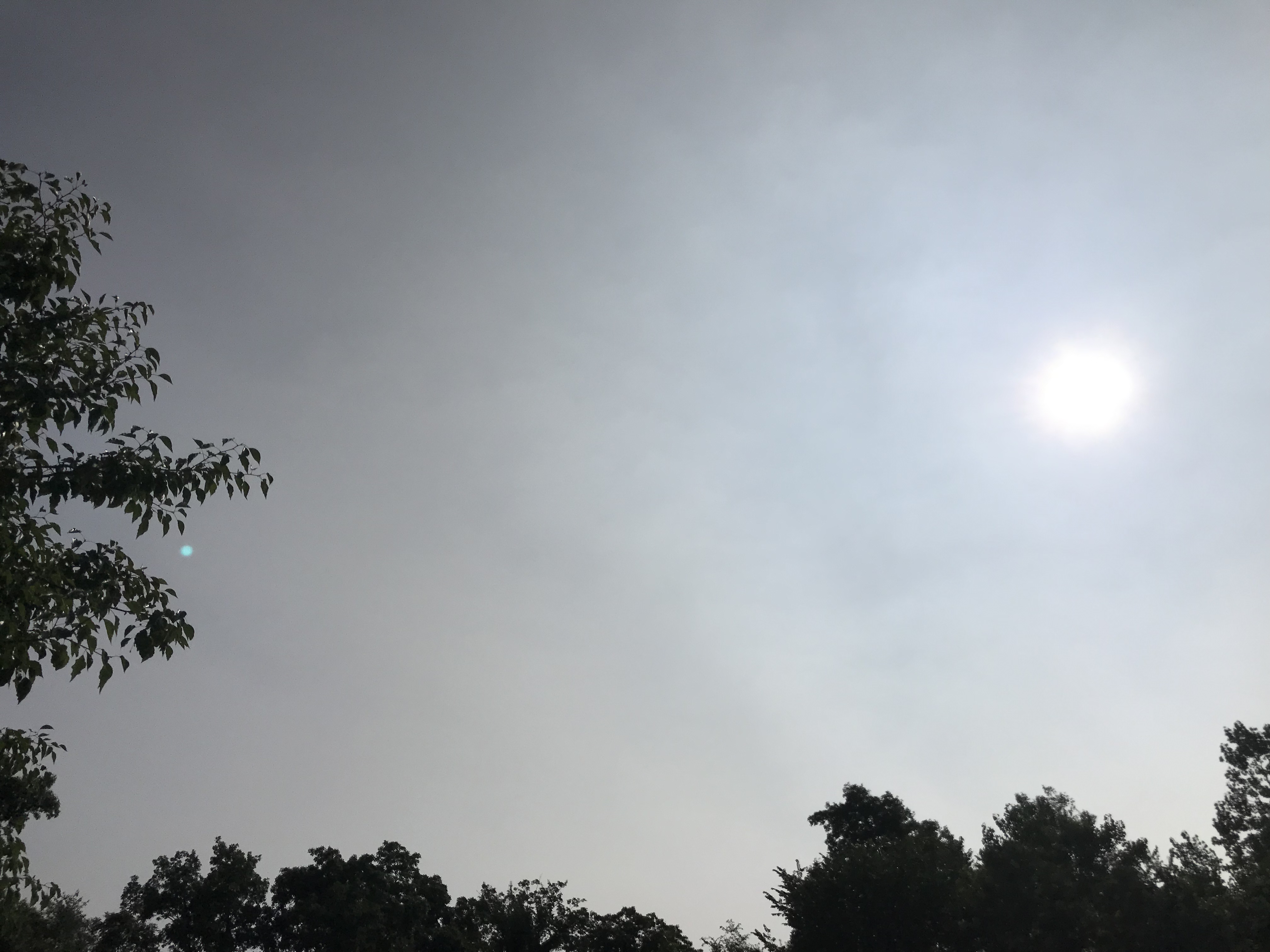 The skies in South Bend at 10 a.m. Tuesday morning.
The biggest impacts locally from this round of wildfire smoke have been a gray, hazy and milky appearance to the sky despite there being no clouds present. It may not seem entirely sunny, but sunburn and warm temperatures will still occur. Vivid sunrises and sunsets can also occur more often when there is smoke in the sky.
Share this article: