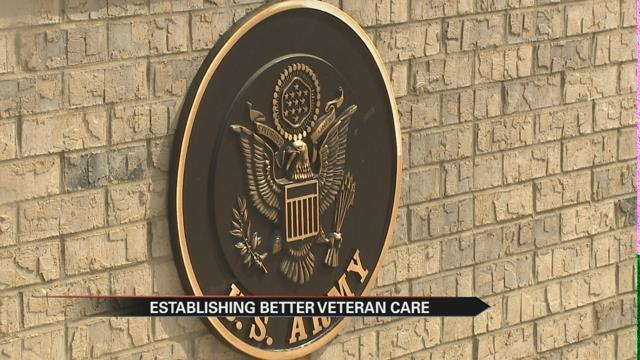 Healthcare officials met with veterans Wednesday during a town hall meeting ahead of plans to open a new clinic in St. Joseph County.

Vets have been largely critical of the current clinic on Western Avenue and hope the new facility will address all of their needs.

The biggest concern is the lack of resources at the current facility.

And with the closest full-service clinic being in Fort Wayne, a two-hour drive for some is just unacceptable.

Ledbetter, an active army vet from 1979 until 1997, had made several visits to the VA clinic in South Bend when she noticed her health deteriorating.

But she says it wasn't until her trip to Memorial Hospital, when she met the doctor that gave her the help she needed.

“The doctor said, 'You need to be on oxygen' and I'm like ‘Wow, where did the VA drop the ball?'” said Ledbetter.

The clinic on Western does not support many of the services she needs, so she takes a shuttle two hours to Fort Wayne, with several large oxygen tanks.

“Veterans sometimes, when they have to go long distances to get some care, that's not very desirable.” said Ajay Dhawan, Chief of Staff of the Northern Indiana Healthcare System.

Other vets are frustrated as well.

Joel Kalka is a third generation veteran and was an active soldier from 1999 until 2008.

But he still has to travel 2 hours for eye and dental care.

Congresswoman Jackie Walorski addressed the issue in a statement to ABC 57 News.

"I take every opportunity I have -in hearings and meetings - to ask questions of VA officials for an update on this facility," Walorski wrote. "Like many of you, I want to ensure this facility is equipped with as many resources as possible for veterans to access care here in South Bend."

But officials say they believe the new facility will address those needs.

“We might be able to do minor things with eyes depending on what's needed so definitely we are going to be moving positively in some of those specialty areas,” said Dhawan.

But for some, the new facility couldn't come sooner.

“'Im angry and I think that our VA is not pulling their weight.” said Ledbetter.

Officials say they hope this new facility will phase out those trips to Fort Wayne.

For now, the plans is to open the new clinic in Mishawaka by 2017.