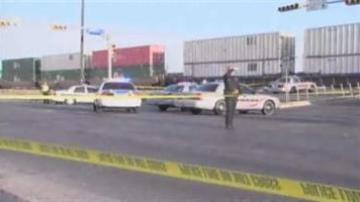 MIDLAND, Texas. -- Two military veterans and their wives are suing over a deadly parade accident in Texas.

The four were a part of a group riding in a veteran’s parade earlier this month. They were hit by a freight train during the parade.

Four vets on the float were killed. More than a dozen others were injured. They're blaming the railroad company and the flatbed truck company for the deadly accident.

The group rode on a flatbed when they were hit.