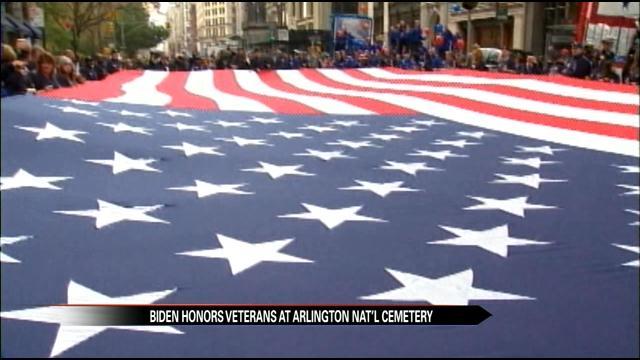 After the ceremony, he singled out the generation of men and women who joined the armed forces following the September 11th terrorist attacks.

Biden went on to say that 2.6 million of the 3.5 million of men and women of that 9/11 generation were deployed to Iraq or Afghanistan.

Biden says the United States has never asked so much over such a sustained period of an all-volunteer force.

“You are not only the heart and soul, but you are the very spine of this nation. And as a nation, we pause today to thank more than 23 million surviving veterans who have so bravely and faithfully protected our freedom," said Biden.