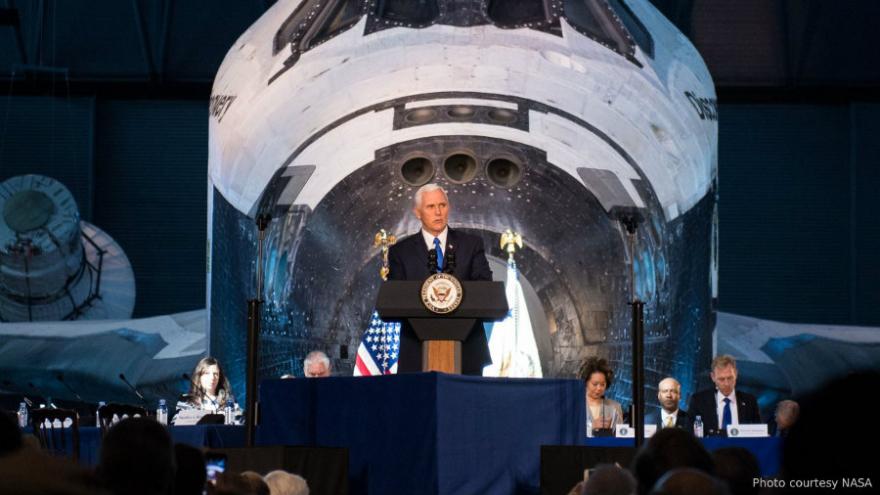 (CNN) -- Vice President Mike Pence discussed the National Space Council with entrepreneur and inventor Elon Musk during a trip to California last month, a source familiar with the meeting says.

The two powwowed at a Los Angeles hotel one evening while the vice president was in the state for a fundraising swing. The conversation focused on the council, which aims to streamline and coordinate national space policy. Pence leads the panel at President Donald Trump's direction.

Musk is one of several business leaders exploring private space travel through his company, SpaceX.

Musk tweeted at the time: "Am departing presidential councils. Climate change is real. Leaving Paris is not good for America or the world."

On Friday, the federal government released a congressionally mandated report that found "no convincing alternative explanation" for the changing climate other than "human activities, especially emissions of greenhouse gases."

SpaceX has scored a number of lucrative government contracts in recent years. The company is currently fulfilling a $1.6 billion contract with NASA to send supplies to the International Space Station. It also has an $83 million contract to send an Air Force satellite into space in 2018. Last month, it launched a spy satellite for a US intelligence agency.