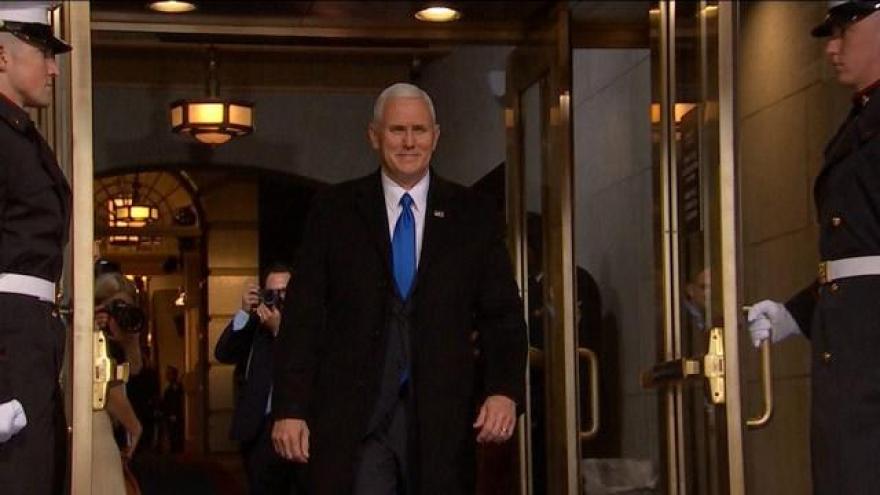 Pence will be the fourth sitting vice president to attend a Super Bowl. Vice Presidents Spiro Agnew, George H.W. Bush and Al Gore each attended the NFL championship game while in office.

Security was already slated to be tight at Sunday's event. The Department of Homeland Security had designated the Super Bowl as a top-tier national security event and federal officials have for months been involved in security planning and will help secure Houston's NRG Stadium.

It's unclear whether Pence, the former Indiana governor, has a favorite as the Atlanta Falcons and New England Patriots face off Sunday, but that may not be the case for President Donald Trump.

Trump repeatedly touted his friendship with Patriots quarterback Tom Brady, coach Bill Belichick and owner Robert Kraft on the campaign trail and even secured the political support of Brady and Belichick, which Trump announced at a campaign rally on the eve of the November election at his final New Hampshire campaign event.

Meanwhile, Falcons' owner Arthur Blank criticized Trump earlier this week for his executive order suspending the US refugee program and banning citizens of seven Muslim-majority countries from the US as well as for the White House's statement on the Holocaust, which made no mention of Jews.

"I'm troubled by anything directionally in our country that separates people," Blank told Newsday. "America started without any of us, other than Native American Indians. This country was built on inclusion and diversity, on celebration of those differences, supporting those differences, and everybody being the very best they can be in their own way. I'm opposed to anything that takes away from that."

Bush, the second sitting vice president to ever attend a Super Bowl, will also do the coin toss Sunday.