Victim files lawsuit against Amtrak after 2014 stabbing in Niles 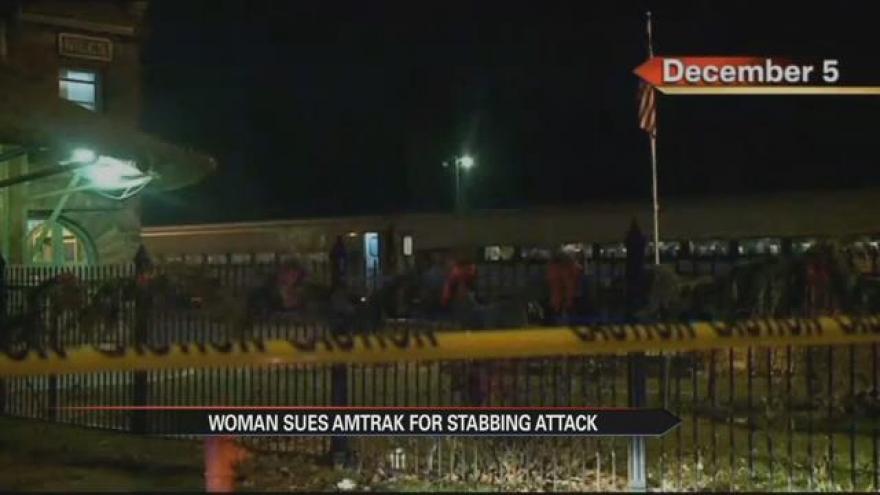 A new lawsuit has been filed against Amtrak more than two years after a man stabbed four people aboard a train in Niles.

Gayle VanVorst was one of the victims in the December 5, 2014 attack.

She was stabbed in the chest, and is suing Amtrak, along with her husband, in a suit that claims the train company acted “negligently” and “carelessly” in the moments leading up to the stabbing.

Michael Darnell Williams stabbed VanVorst and three other people on the train.

The lawsuit alleges Amtrak did not follow through with its “duty…as a common carrier…to exercise the highest degree of care and vigilance in preserving order and in guarding passengers from annoyance, violence, insult, or other misconduct threatened by fellow passengers.”

Details of the lawsuit – filed in December – were made public on Thursday, after Amtrak’s response to the allegations was formally submitted.

The suit alleges Williams was behaving “erratically and aggressively” and “refused to follow repeated instructions of Amtrak personnel,” but “was never removed from the train, nor did Amtrak personnel telephone local police or Michigan State Police.”

Williams stabbed the four victims on the train after claiming he saw demons.

He was found not guilty by reason of insanity.

Amtrak denies most of the allegations in the suit.

It says one of its affirmative defenses is “any injuries and/or damages sustained and/or alleged by plaintiffs were caused in whole or in part by plaintiffs’ own negligence and/or intentional conduct.”

The suit states VanVorst has permanent scarring, is unable to work, and has post-traumatic stress disorder from the attack.

While it’s not known how much she and her husband are suing for, the lawsuit says the amount exceeds $25,000.