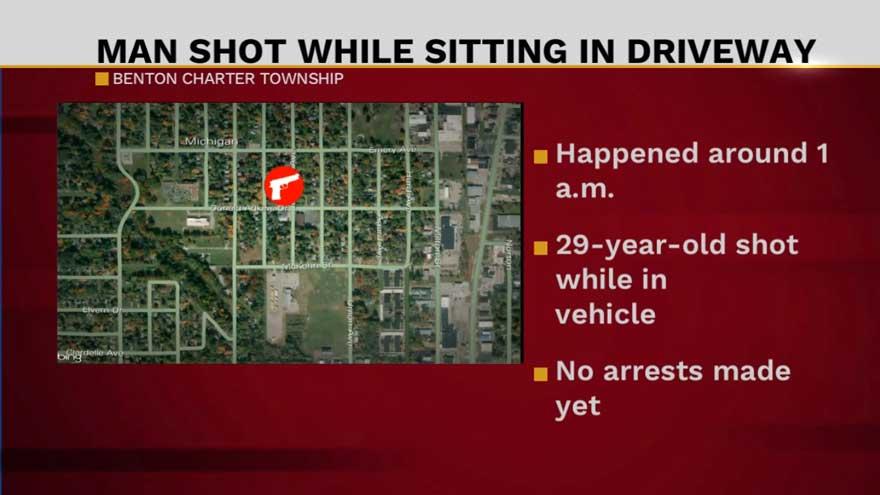 BENTON HARBOR, Mich.—A 29-year-old man told police he was shot while sitting in his car while in a driveway on June 24, according to the Benton Charter Township Police Department.

Police were called to the 1300 block of Jennings on June 24 around 1 a.m. for a report of a man who had been shot.

At the scene, police found a 29-year-old man suffering from a single non-life threatening gunshot wound to the right forearm and chest area.

The victim told police that an unknown person or multiple people had shot him while he was sitting in his vehicle in the driveway.

Police said the victim was taken to the hospital for treatment.

No suspects have been arrested or identified as of Wednesday morning, according to police.

Anyone with information about the incident is asked to contact the Benton Township Police Department Detective Bureau.