Victims of California veterans' home shooting lived 'to serve others' 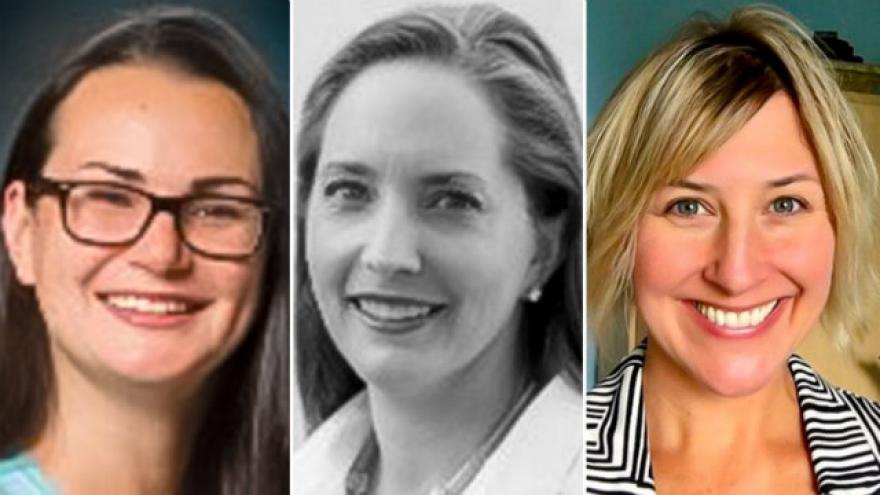 (CNN) -- The three women killed in a standoff at a Northern California veterans home Friday were dedicated to helping former and current military service members with mental health issues.

Jennifer Golick, 42, Christine Loeber, 48, and Jennifer Gonzales, 32, were employees of The Pathway Home, a counseling service for veterans who suffer post-traumatic stress disorder (PTSD) which operates at the Veterans Home of California in Yountville.

"They lived their lives selflessly to serve others," he said. "Each of them brought energy, vitality, personality to their jobs and that's so critical when we're talking about supporting our veterans."

Dunbar also said the gunman, Albert Wong, was a veteran "who clearly had demons." He was a former client of The Pathway Home.

California Gov. Edmund G. Brown Jr. and President Donald Trump said in statements that they were "deeply saddened" by the violence that took place. Flags at the capitol were flown at half-staff to honor the victims and their families, Brown said.

Golick was a clinical director from St. Helena. She also served as the staff psychologist at The Pathway Home.

Scott Sowle, executive director at Muir Wood Adolescent and Family Services, said Golick worked at the teen treatment center for five years before she worked at The Pathway Home. Muir Wood is a treatment center in Northern California that helps teens with mental health, behavioral and substance abuse issues. Sowle said in a statement on Facebook Saturday that Golick helped "countless families heal."

"The boys at Muir Wood would literally line up at her office door waiting for her to arrive in the morning," Sowle said, adding that Golick was "one of the brightest I've known, always with a big, warm smile and just the right words to say."

Sowle said Golick left Muir Wood to be closer to her daughter, Makena, and her husband, Mark.

"They were high school sweethearts," Sowle said. "Family was everything to her. If there is a place where the best of us go after this life, Jennifer is most certainly there."

Loeber was the executive director of The Pathway Home. She was from Napa.

Loeber had been hired to direct the Pathway Home in 2016, the program's website says, as it was transitioning from a group that focused primarily on housing and treating veterans with PTSD into a program with a wider mission, including helping vets with academic and career development.

Loeber attended the University of New Hampshire, according to the university's Twitter account, and graduated in 1991 with a communication's degree.

"The university was devastated to learn she was a victim of such a senseless tragedy," the school said on Twitter.

Loeber also graduated from Boston College in 2008 with a master's degree in social work, according to school spokesman Jack Dunn.

"She distinguished herself as a gifted student who was passionate about serving veterans," Dunn told CNN Saturday.

Gonzales was a clinical psychologist with the San Francisco Department of Veterans Affairs Health Care System.

She also served as a trainer with PsychArmor, a nonprofit that provides free education to anyone engaging with the military community, said the institute's CEO Majorie Morrison in a statement on Saturday.

"Jennifer went the extra mile by sharing her knowledge and time to collaborate (for free) on a (PsychArmor) course," Morrison said. "She was young, smart and beautiful. There are absolutely no words to make sense of this senseless, horrific tragedy."

The organization will be working to set up a memorial fund for Gonzales, Morrison said.

Gonzales received her doctor in psychology degree from Palo Alto University in 2003.

Susan Hennessey, the executive editor of a national security blog called Lawfare, says she knew Gonzales for 26 years and tweeted that Gonzales was a helper "in the Mister Rogers sense" who dedicated her life to helping veterans.

Gonzales had been married for one year, according to a GoFundMe page set up for her memorial. She was also pregnant at the time of her death, Hennessey said.

Gonzales' family said in a statement that she and her colleagues "died doing the work they were so passionate about -- helping those in critical need."

"Jennifer was adored by all who knew her and will always be remembered for her unconditional love and incredibly giving heart," the family statement said.