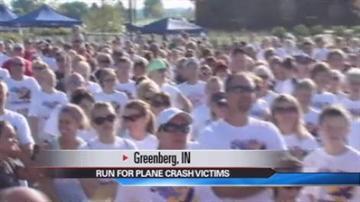 GREENSBURG, Ind. --- Over a thousand people gathered to remember two friends and their wives who died in a December plane crash.

The church the families belonged to held a 5K to raise money. The money raised was supposed to go to education funds for the six children left behind.

The kids had another idea for where the money should go.

The victims donated the money to a school which will now have a new church.

"It shows what kind of character those kids have. It shows their parents did something right." said Kristy Lowe, a friend of the family.

Federal investigators say the plane was working properly before the crash.