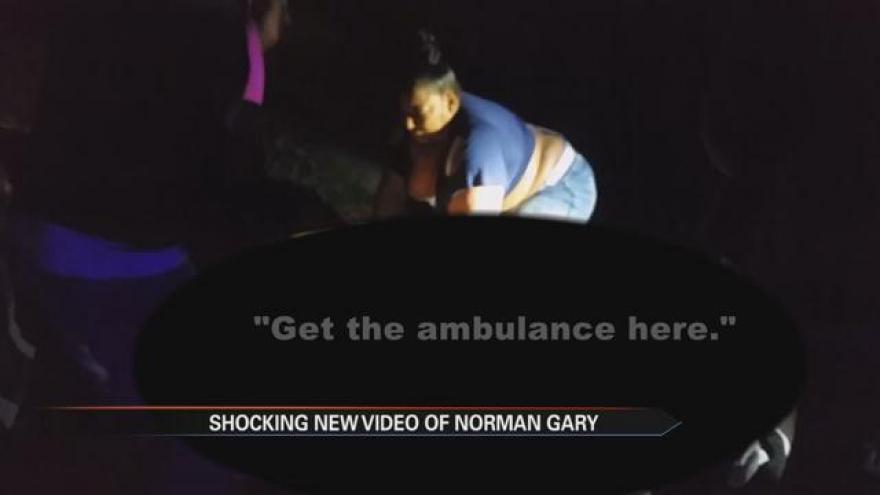 ABC57 has obtained new video from the December shooting in Elkhart that led to the death of 29-year-old Norman Gary.

Saturday was a day that the Elkhart community came together to pray for justice, ahead of Monday's grand jury meeting.  The meeting that will determine who, if anyone, is at fault.

On the same day that the community is praying for peace and closure, shocking new video released to ABC57 news.  The video showing exactly what happened, just moments after shots were fired, leaving Gary dead, and three others injured.

In the video, spectators say they hear shots, people yelling "back up," and are then informed that Gary is dead.

His sister can be heard in the video.

Gary's family, and the community, are only just beginning to heal.

Saturday afternoon at the Elkhart Civic Plaza, they came together to pray that their questions, will finally be answered Monday.

"The family has serious mixed emotions. One obviously they have tremendous loss. So that comes first," says the family's attorney, Douglas Grimes. "But after that, they look and see why? Why?"

83 days later, the pain is still there.

But many are hoping that some good will come out of this tragedy.

"The only thing we seek and we seek for the family, is justice. It's very simple," says Grimes. "[The community] should wish, what we wish. And that is justice at the end of the day."

ABC57 news will be following this story as it develops.