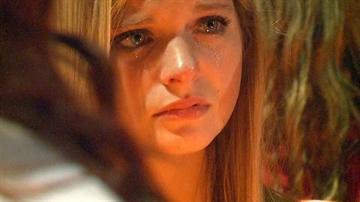 KNOX, Ind. – Hundreds of people created a sea of support for Drew Shearin’s family and band-mates Wednesday night. The young man was killed in a single-car accident Monday on his way home after work.

Drew Shearin was a junior at Knox High School; a drum major in the marching band; the bass player in the jazz band; a composer of band and choral music (without formal training); and a friend to many of the kids who attended the high school, and the adults in his community.

Drew Shearin had many gifts; he was musically gifted learning to play the French Horn in sixth grade, an incredibly difficult task because you must have a great sense of pitch to excel with the instrument.

After his sixth grade year, Shearin went on to march with the high school band as a fill-in member. A year later he started down the path to becoming a drum major.

Shearin also started to write his own music in eighth grade. Without any formal composition or theory courses, Shearin self-taught himself from books his band directors lent him.

Shortly thereafter, Shearin composed a piece of music for a band that remained untitled until it was submitted to the Indiana Music Educators Association (IMEA) awards competition for original music. He eventually titled it “Uncertainty” and it won.

Shearin won a second IMEA award for original composition for writing a piece of music for choral performance.

Shearin’s gifts did not end in musical notes; they extended into the personal relationships he had with fellow students.

As a teacher’s aide, Shearin taught several seventh grade girls how to play the Double French Horn, something they would normally learn the next year and; he taught them on his own.

Shearin was a natural-born leader, pushing his fellow band-mates to achieve more than even they thought they could; and he did so in a positive way that built their confidence and the friendship they shared.

When he was not playing music, or writing it, Shearin worked at the local Subway restaurant. His fellow co-workers and even his boss grew to love him just as much as his band-mates did, and for all the same reasons.

Friends of Shearin describe him as a goofy kid, who only wanted to make you smile and laugh if he could. He was friendly, brilliant, and a joy to be around; the kind of person you quickly became friends with, and kept.

It didn’t matter if they were a boy or a girl; everyone seemed to like Drew, in Knox.

Saturday, the Knox High School Band will perform at the regional competition. They are playing better than they have in years, and many feel they have a good shot at being State Champions this year.

They will have to focus though, to make that a reality. Some are concerned this will distract them. Wednesday night at the candle light vigil, Shearin’s step-father urged the band to win the regional for Drew.

Plans have not been finalized yet, but Phipps says the band wants to recognize Shearin at the competition. In the meantime, Drew’s best friend is trying to learn the choreography and duties, so he can fill-in at Shearin’s drum major spot on Saturday.