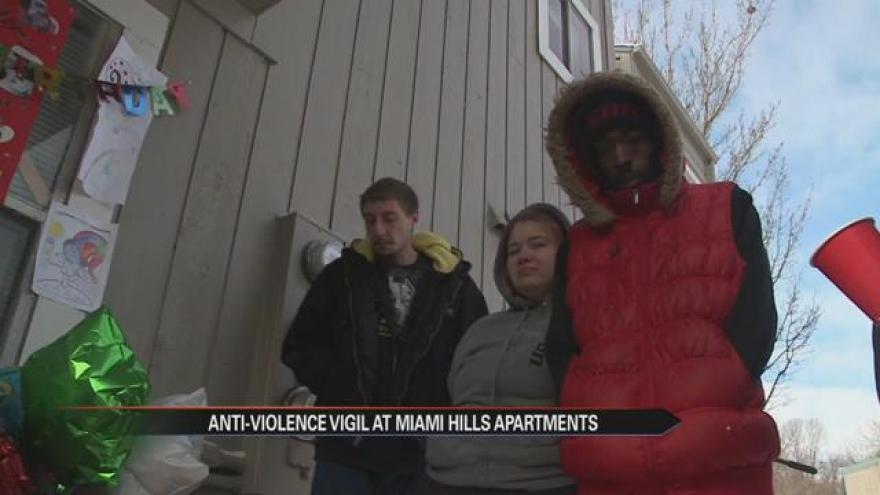 Family and friends continued to mourn the loss of 23-year-old Jovan Hobbs and celebrate his birthday Thursday with a vigil.

Early Thursday morning, police said Hobbs died from a single gunshot wound to the stomach inside a unit at the Miami Hills Apartment Complex.

Hobbs would have been 24-years-old

"I feel obligated to this as one of his friends, I kicked it with him almost every day. Therefore, I felt like I had to do this for him because he would do it for me,” said Dezmond Williams, friend of Hobbs.

Williams said he was with Hobbs just an hour and a half before he was shot and killed.

Dozens of other close friends and family members attended the vigil at Miami Hills.

Hobbs' death is still under investigation.