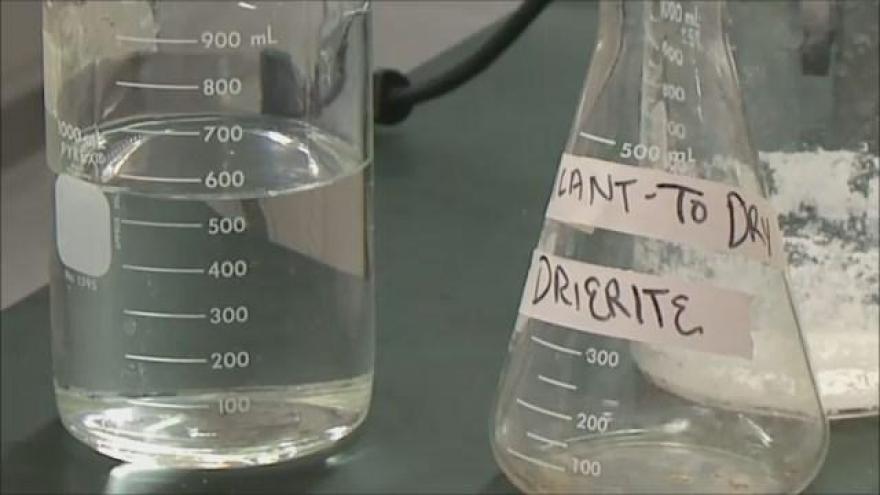 Football fans and the team aren’t the only ones visiting from Virginia Tech this weekend. Notre Dame welcomed Virginia researchers on campus who uncovered the flint water crisis and they led a discussion about how they did it.

“These residents knew there was a problem. They could see it, they could smell it, it was affecting their health,” Kelsey Pieper - USDA-NIFA Postdoctoral Fellow at Virginia Tech.

“Flint residents reached out to us,” Siddhartha Roy, PH.D. Candidate in the Department of Civil Engineering at Virginia Tech.

…and what they did about it.

“What is happening, why is it happening and how can we fix it,” said Pieper.

But these researchers came to Notre Dame with a whole lot more than just a stack of scientific findings.

“The local, state and the federal government failed to protect them. They covered up the fact that the water was contaminated and ridiculed residents who tried to raise their voices,” said Roy.

So the big question – how did they do it?

“We as scientists thought that we could get involved and we essentially helped flint residents test their own water and prove to the world that it was indeed bad,” said Roy.

But it took a toll on many in the process.

“It’s unfortunate but we were their last hope,” said Roy.

“They show our students who may be biologists or scientists or engineers, how, when you interact with the world, interact with the community, you can really make a difference in the lives of people,” said Tom Springer, Managing Director of Notre Dame’s Environmental Change Initiative.

“If you don’t use science for the benefit of the public, all of us as a society lose,” said Roy.