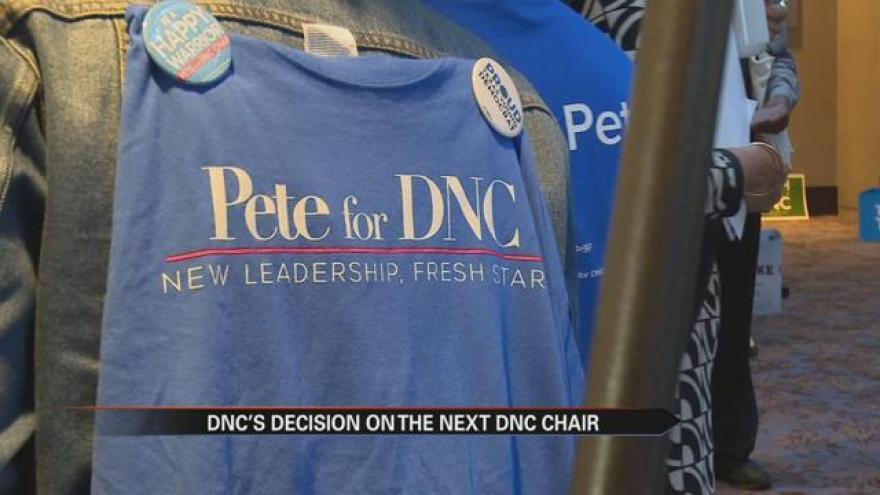 In just 24 hours, members of the Democratic National Committee will vote for their next chair. Supporters of Mayor Pete Buttigieg are there campaigning for him.

There hasn't been a chair vote as big as this one in a couple decades.

Mayor Pete and his team are doing everything they can to win over voters before Saturday morning.

"What separates the mayor from the rest of the field is that he truly understands what it means to be local," said Robert Field, a Pete for DNC volunteer.

Field, a Notre Dame grad, is in Atlanta from New Jersey. He's one of the many 'Pick Pete' volunteers campaigning until the last minute.

Minnesota Congressman Keith Ellison and former Obama labor secretary Tom Perez are the frontrunners in a DNC chair race packed to the brim.

"He came in late to the process and a lot of us had been talking to the other candidates for a long, long time. And Keith, especially, was the most organized from the get go," said Bill Walsh, from South Dakota.

The 447 members of the Democratic National Committee will vote on Saturday.

The winning candidate must receive a majority of the votes - at least 224.

If no one achieves a majority in the first round, there will be another round of voting. Candidates with the lowest number of votes will start being eliminated after two rounds.

"He's an unknown for me and I've not had a lot of conversations about him," said Marian Tasco, a Keith Ellison supporter.

Tasco is an example of the challenge Mayor Pete's campaign faces.

In the final stretch - they hope to introduce him to DNC voters - and send him to victory in a second or third round vote.

"I went to this forum for the new DNC chair. And I met with every single candidate. I got my top three, I gave them all my information, and Pete's campaign was the only one that contacted me back," said Abiola Agoro, a Pete for DNC volunteer.

Agoro didn't know of Mayor Pete until she attended a candidate forum in Washington.

The mayor's campaign hopes her enthusiasm is contagious and will draw voters in to view Mayor Pete the same way his supporters do.

"They see what I see. They see who my parents saw. They understand that he is the real deal," said Carrieann Taylor, a Pete for DNC volunteer.

Taylor drove to Atlanta from North Carolina to volunteer for Mayor Pete. She is originally from Bremen and her father worked for the City of South Bend under Mayor Pete.