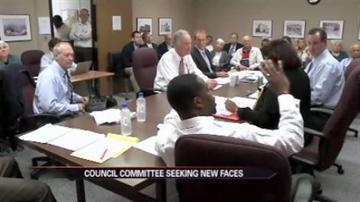 SOUTH BEND, Ind. -- The city of South Bend is looking for volunteers to serve on committees and boards. They’re looking for people who want to have an impact on local government, but don’t want to run for office.

In a city of 110,000 people, Dieter says the opportunities are there but few are taking advantage of them.

"It's not something that private people normally think in their day, 'Hey I'm going to go be part of city government.' Well now, you have an opportunity to do that,” said Dieter.

Councilman Oliver Davis says there are benefits to serving.

"When you serve on a committee you get a chance to hear life from a different perspective,” said Davis.

But more importantly, an ordinary citizen with no political ties has quite a bit of swing on these councils.

"Their vote may be the vote that breaks the tie,” said Davis.

Kyle Chamberlain has been serving as a citizen member of common council committees for three years and hopes to be chosen again this year.

"Anybody can certainly contribute to this process. To do it well takes some time, and takes some effort, but it's certainly not something that requires any special skill or background,” said Chamberlain.

Chamberlain says it's not all excitement. Most of the topics may be mundane, but they are vitally important to South Bend.

"It's important that anybody who wants to serve in this capacity has an analytical mind, and attention to detail, because that's how we get good governance,” said Chamberlain.

It's really easy to apply for one of these committee positions.You can do it online through the city website or in person at the city clerk’s office at the county city building.