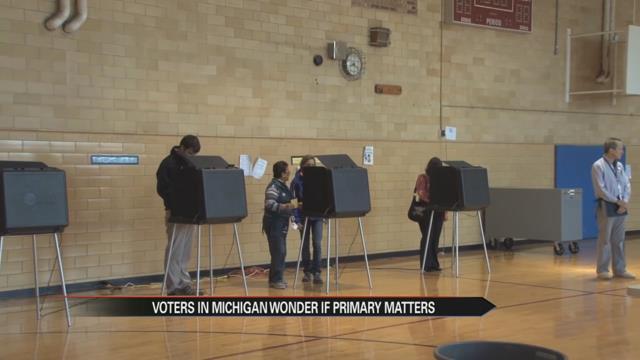 The national spotlight on Super Tuesday has left many Michiana voters in the dark about their pending primaries.

Michigan voters are set to hit the polls next week, but many are questioning if their votes will matter.

As voters around the nation rallied behind their picks for the country’s next commander-in-chief, a few folks right here in Michiana were less than enthused.

“Do I want to bother if our votes are not really going to count,” said Michigan voter Roseann Stachowiak.

The hype to hit the polls seems to have dwindled after so much attention has been focused on the results from Super Tuesday.

“Most people are saying after today, really does your vote count,” said Stachowiak.

But experts say, for Michigan at least, the answer is yes.

IUSB Political Science Professor Elizabeth Bennion says Tuesday’s votes will give candidates the momentum needed to be frontrunners, but the race is not over yet.

“Being a front runner and seeming invincible doesn’t guarantee anything,” said Bennion.

And with delegates still up for grabs, every vote matters to the nominee hopefuls.

“That means that people will look to Michigan on March 8 because we expect that candidates will be wounded but still alive,” said Bennion.

While very few Michiana voters say they are galvanized for the primary, a few are still hopeful.