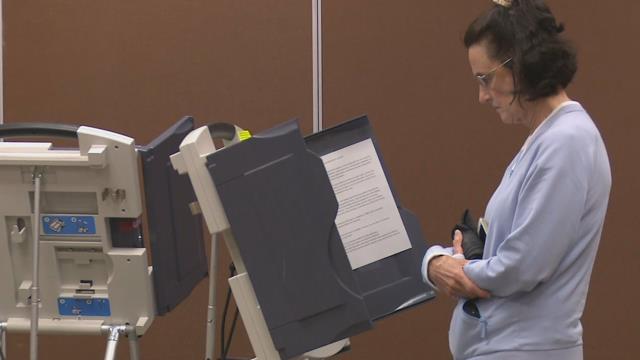 Voters are starting to pay attention to the little details.

Election officials say they’re fielding a lot of calls from people rushing to update their registration before they hit the polls.

Concerns about registration fraud have many Hoosiers looking twice at the information they’ve submitted.

“They only registered once, I think in the 70’s and instead of 1965 being the birth date, it’s registered as 1961,” said Chad Clingerman, office manager of voter registration for Elkhart County.

Clingerman says that was one of many correction calls his office received Thursday.

They’re simple mistakes but some voters have gone years without noticing it.

“We had another one earlier today who completely mis-typed their last name when they registered online,” said Clingerman.

Clingerman and other counties say a lot of voters are eying their information after talks about registration fraud have been floating around this election season.

“People had been calling the Secretary of State’s office saying they were unable to find themselves on the state’s website, indianavoters.com and were concerned they could find their registrations,” said Clingerman.

So many calls, the state department commented on the increase in activity.

“We ran a report in the Statewide Voter Registration System and found thousands of dates of births and first names were changed,” said Secretary of State Connie Lawson in a press release.

Lawson later clarified saying thousands of voters have made the changes individually.

“Usually if it’s an error on our part we can change it that day, if it’s someone saying, for example, ‘I’m listed as Greg and I want to go by Gregory now,’ since the deadline is closed we won’t update it until after the election,” said Clingerman.