Voters wait in line up to seven hours in Chicago, final ballot cast after 3 a.m. 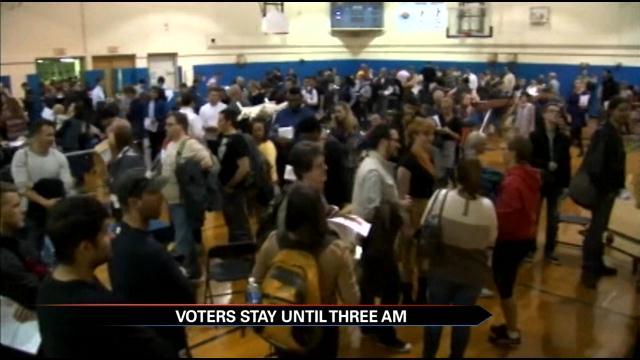 Voters faced long lines at the polls and waited for hours Tuesday night in Illinois.

The turnout exceeded expectations, with some citizens waiting up to seven hours in line to perform their civic duty.

Chicago's mayor Rahm Emanuel stopped by one of the precincts to encourage voters to stick out the long lines and waiting.

The very last voter in Chicago Tuesday night was DeCorda McGee, who cast his vote at 3 a.m.

Polling places in six precincts stayed open to accommodate their late starts, because of no-show judges and other issues that caused delays.