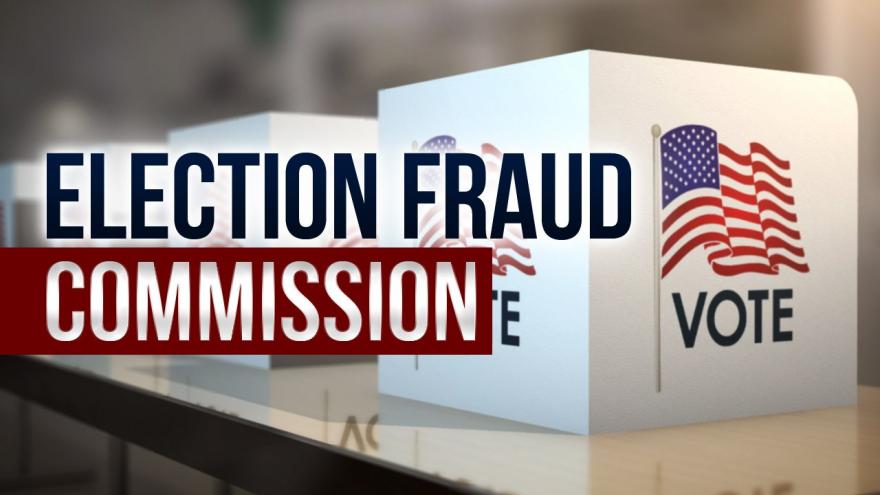 (CNN) -- A member of President Donald Trump's voting integrity commission is suing the panel and its leadership, alleging the group is not fairly balanced and that it is withholding key information from him.

Maine Secretary of State Matthew Dunlap, a Democratic member of the Presidential Advisory Commission on Election Integrity, filed the lawsuit in the DC District Court on Thursday.

Dunlap argues in the lawsuit that the committee should be subject to the Federal Advisory Committee Act, which requires commissions to be "fairly balanced in terms of the points of view represented" and that all materials from the commission are made available to its members.

The lawsuit alleges neither of those things are true for the voting integrity commission, pointing to its seven Republican members and four Democratic members and Dunlap's requests for certain documents that he says have gone unanswered.

The vice chairman of the commission, Kansas Secretary of State Kris Kobach, who is named in the lawsuit, has pushed back, saying none of the members have access to additional information and that Dunlap is making assumptions about about commission business occurring without his knowledge, which Kobach denies.

"He assumes that correspondence regarding commission business was occurring, but not being shared with him," Kobach told CNN in an email. "Dunlap's assumption is incorrect. I did not receive any such correspondence either. ... It is not at all surprising that commission staff were very busy during this period. Ironically, (Dunlap's) lawsuit is only going to increase the workload faced by commission staff and Department of Justice attorneys."

Kobach called Dunlap's lawsuit "baseless and paranoid," saying commission work has been delayed by, among other things, litigation over the committee's work and the death of commission member David Dunn, a former Arkansas state representative, following heart surgery.

Andrew Kossack, the commission's executive director, said the lawsuit has "no merit" and referred further questions on the litigation to the Justice Department.

"We are disappointed that Secretary Dunlap has chosen litigation and conflict over working cooperatively and in a bipartisan manner to achieve the important goals of this commission, which is to ensure confidence in our voting system," Kossack said in a statement. "This suit has no merit and we look forward to refuting it in court."

The voting integrity commission has met twice, and no third meeting has been scheduled.

The lawsuit also references the inclusion of Heritage Foundation scholar Hans von Spakovsky, a voting fraud hardliner. After the group's second meeting, emails sent by von Spakovsky were released that showed he had demanded the panel not include any Democrats or "mainstream" members in a February message that made its way to Attorney General Jeff Sessions.

Von Spakovsky was named to the panel months later and has since said he is "confident" in the commitment of "all members of the panel."

In an interview with CNN, Dunlap pointed to asking for information about how the agenda for September's meeting was put together, adding that he submitted materials for the meeting that were not included. He said he has "formally and informally" asked for information and gotten no response.

"Time got to a point where I just felt like I had to press the issue," Dunlap said. "This was not my first choice to do this, but this is where I am."

The lawsuit is the latest sparring for the commission members over whether the group's work is partisan.

Trump ordered the creation of the commission after pledging to work to preserve the integrity of elections. The commission has been controversial since its inception, which occurred in the wake of Trump making baseless claims about rampant voter fraud during the 2016 election. Experts who have studied election integrity have found that voter fraud is so statistically rare it is virtually nonexistent, though proponents of strict voter verification measures point to a greater potential for fraud than may have been discovered.