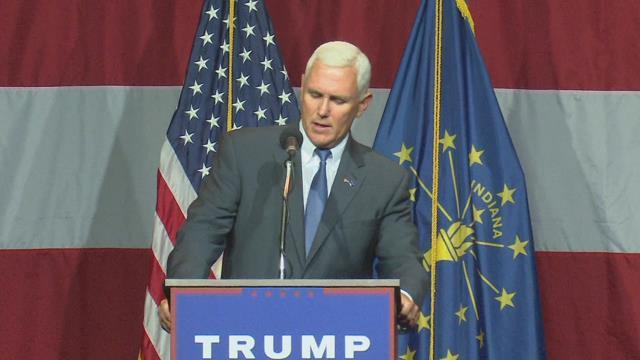 Pence is widely considered a serious contender to be Trump's running mate.

ABC 57's Taylor Popielarz was at the rally and had initial reaction shortly after it ended.