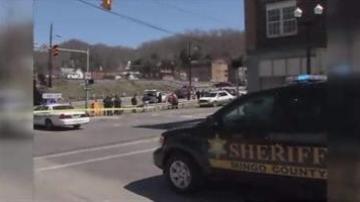 MINGO COUNTY,  W. Va. — Police have arrested a man in connection with the fatal shooting of a West Virginia sheriff.

According to police, the Mingo County sheriff was shot as he was eating lunch in his marked police car.

"He's always been a person that wants things to be done right," said Rusty Martin, the victim's brother-in-law. "And he was a good man. And he'd done what he promised to the people of Mingo County. And he was just doing his job. And doing it right."

This is the fourth public official shot and killed in the past two months.