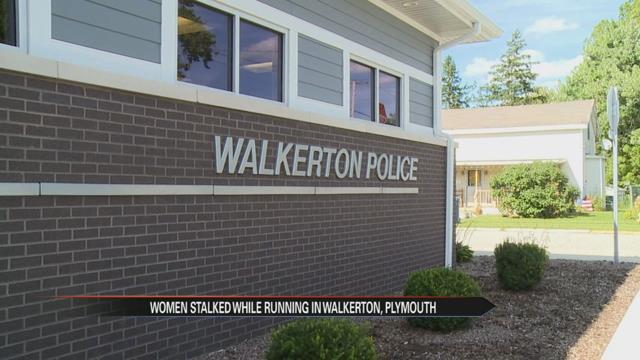 The Walkerton Police Department has issued a public notice about a white man who has been seen driving a red car or white van who has been stalking several women in the area.

Walkerton Police say these are the incidents that have been reported:

Walkerton Police Chief Matt Schalliol says there is a possible person of interest. They are working closely with Plymouth Police in the investigation.

Police say they are awaiting identification from the victims and hope to identify him within a day.

“He possibly already committed one criminal act so he certainly possibly could commit further if we don’t move and try to take some sort of action," said Chief Schalliol.

Awaiting some resolution, runner Christine Hernandez says she and other female runners in Walkerton are on edge.

"The first thought in my mind was, I wish I had gotten my carrying permit when my husband asked me to. I decided it would probably be better to run in town where there’s a lot more people preferably around the police station just in case," said Hernandez

Chief Schalliol says because so many students walk to school, police asked the John Glenn School Corporation to notify students.

“Try and be aware of your surroundings, if you know other people who like to run, jog, and walk maybe you can pair up with them so you’re not alone. Try and carry a form of communication with you so if you see anything suspicious you can call for help," said Chief Schalliol.