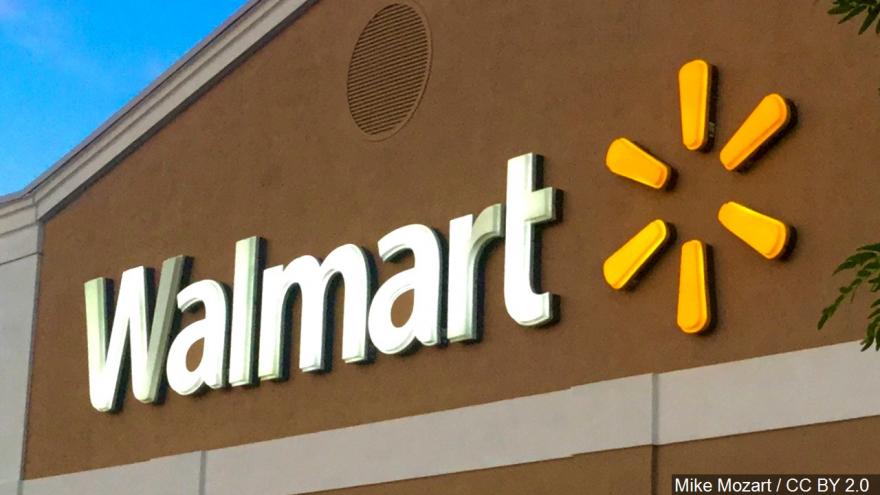 The company said the showcase features about 3,000 items emblazoned with logos from the five branches of the U.S. military -- Army, Air Force, Navy, Marine Corps and Coast Guard.

The items include a $3 "Air Force Dad" T-shirt, a $12 Marines dartboard, and a $35 Coast Guard toy helicopter.

The Walmart collaboration aims "to build brand awareness and create multiple touch points for Americans to show support to the U.S. Army," according to a statement from Paul Jensen, the U.S. Army's director of trademark licensing.

Walmart says each military branch has approved the suppliers, and the licensing deals mean that the military will collect royalty payments on all of the sales. The company says it expects to add more products as additional vendors apply.

"As a 31-year U.S. Army veteran I'm proud to wear my Army gear, and I'm thrilled that Walmart is providing a way for all of us to shop for officially licensed military merchandise with confidence and convenience," retired Brigadier General Gary Profit, Walmart's senior director of military programs, said in a statement.

Walmart says the "showcase builds upon Walmart's already-robust support for veterans," the cornerstone of which is the company's promise to hire 250,000 veterans between 2013 and the end of 2020. Walmart said Friday that it's just 62,000 shy of reaching that goal.