Walorski and Mullen facing off in race for congress 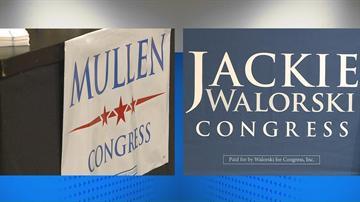 "We're going to go for the next six months as an independent voice to represent the second district to go and take on both political parties in Washington to make sure Washington is never the same again,” Walorski said in her victory speech.

Though considered by many to be the underdog in the race for the second district seat, Brendan Mullen said on Tuesday there is a long way to go until the general election in November and he shouldn’t be counted out.

Current second district Congressman Joe Donnelly is leaving his seat to take on State Treasurer Richard Mourdock in the race for U.S. Senate.