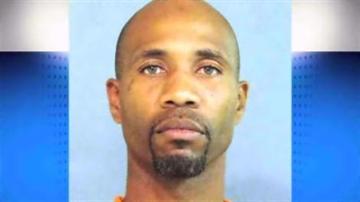 "While these two men were out talking in front of the house, two other men showed up--one of them being our suspect Mr. Jiggets--and fired a shot at our victim," said Captain Phil Trent, South Bend Police.

According to police, it happened on West Hamilton Street near O'Brien. The victim's house sits only four short blocks from Marquette Elementary School.

"It's really bad because there's kids in the neighborhood period- not just my kids," said Asha Pfeifer, concerned mother.

Investigators said Jiggetts pulled up and shot fifty-two year old Marcus Northern outside the home of Wade Guy. Police said Guy was working on his car and was grazed by a gunshot.

"For him to just shoot up a house knowing kids walk up and down this street all the time," said Pfeifer.

As the mother of two small children, she wishes she could relocate. Her two younger brothers say the crime's too close to home.

"Not even a whole year ago we just had the shooting on Olive where a couple people's killed and now this is happening over here," said Laron Mcghee, brother of neighbor.

"You have kids walking and playing all the time so to have something as dangerous as this is pretty bad," said Tylon Fennessee, brother of neighbor.

Police hope to catch him sooner rather than later.

"We have reason to believe that he's going to attempt to make more contact with either our victims or someone in the community he has a disagreement with,"said Trent.