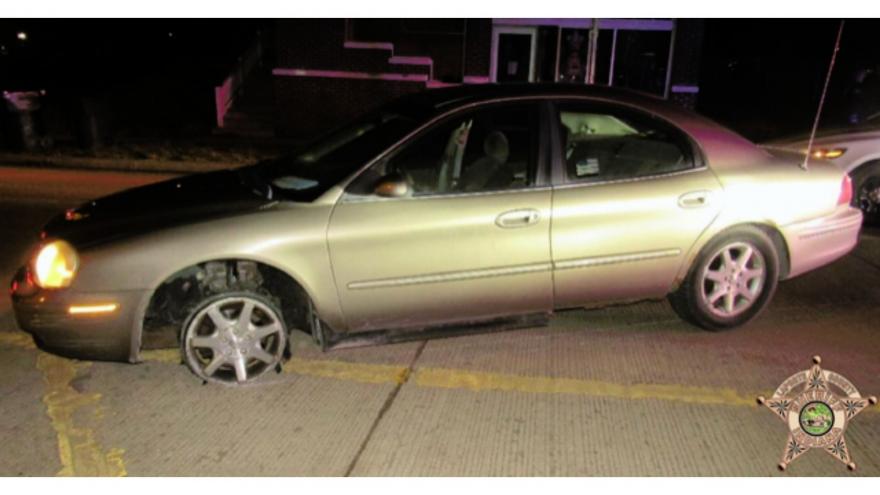 The deputy tried to make a traffic stop but the vehicle allegedly left the lot and headed north on U.S. 35, reports said.

The deputy learned the vehicle, a tan 2002 Mercury, had been reported stolen out of St. Joseph County, Indiana.

The vehicle turned east onto U.S. 20 and continued along, allegedly disregarding the deputy, according to reports.

The pursuit continued east through the “Dog Bone” Interchange, onto S.R. 2, and into St. Joseph County.

The vehicle hit a set of tire deflation devices near Western Avenue and Mayflower Road and continued along Western before stopping near South Walnut Street.

The driver and only occupant allegedly got out of the vehicle and ran before being taken into custody in the 400 block of Harris Street, reports said.

The driver was identified as 30-year-old Andrew J. Waltz. He was taken to the La Porte County Jail on the following charges:

Police also learned Waltz is a wanted person by authorities in Elkhart County, Michigan, and Tennessee.