Warmer temps for the rest of November? 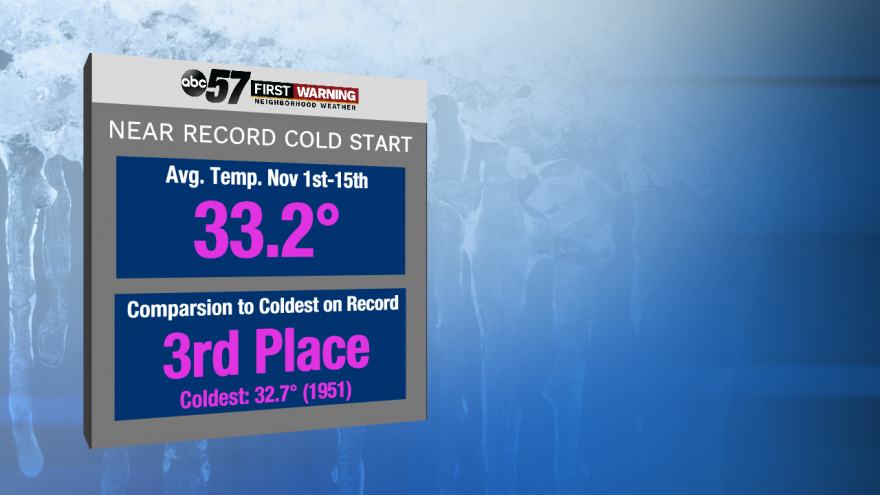 You could've probably guessed with the record cold last Tuesday and Wednesday that this has been an unusual start to November. Even the heavy lake effect snow was excessive by November standards across some parts of the area. In fact, only one day of the first half on the month was above normal. We hit 56 degrees on November 6th, and that's been it. 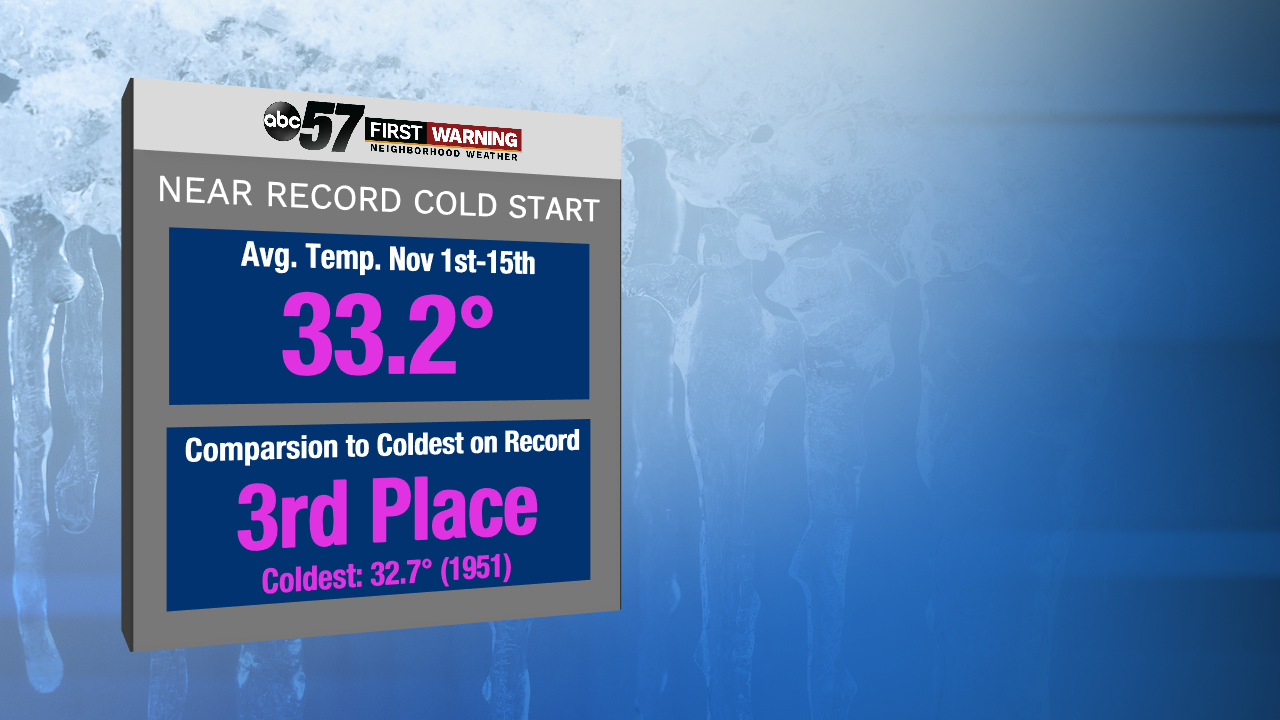 Everything else has been below average, and even record-breaking cold. The average temperature through the first 15 days, so averaging the daily high and low temperature each day, was only 33.2 degrees. That took 3rd place on the list and wasn't far away from the number 1 spot of 32.7 degrees set back in 1951. Luckily, it looks like the streak will break by Wednesday and Thursday.

Luckily, there doesn't seem to be a clear indication of bitter cold like last week as we push through the rest of the month. So there's some good news for those of you that have really been missing fall weather over the past couple of weeks. But, there's no clear conclusion that we'll be incredibly warm either. According to the Climate Prediction Center, they don't really have a really good idea either. Among above normal, below normal, and near normal temperatures, they're slightly favoring near-normal weather to continue through the first of next month, but that definitely doesn't mean that big rises and falls won't happen. 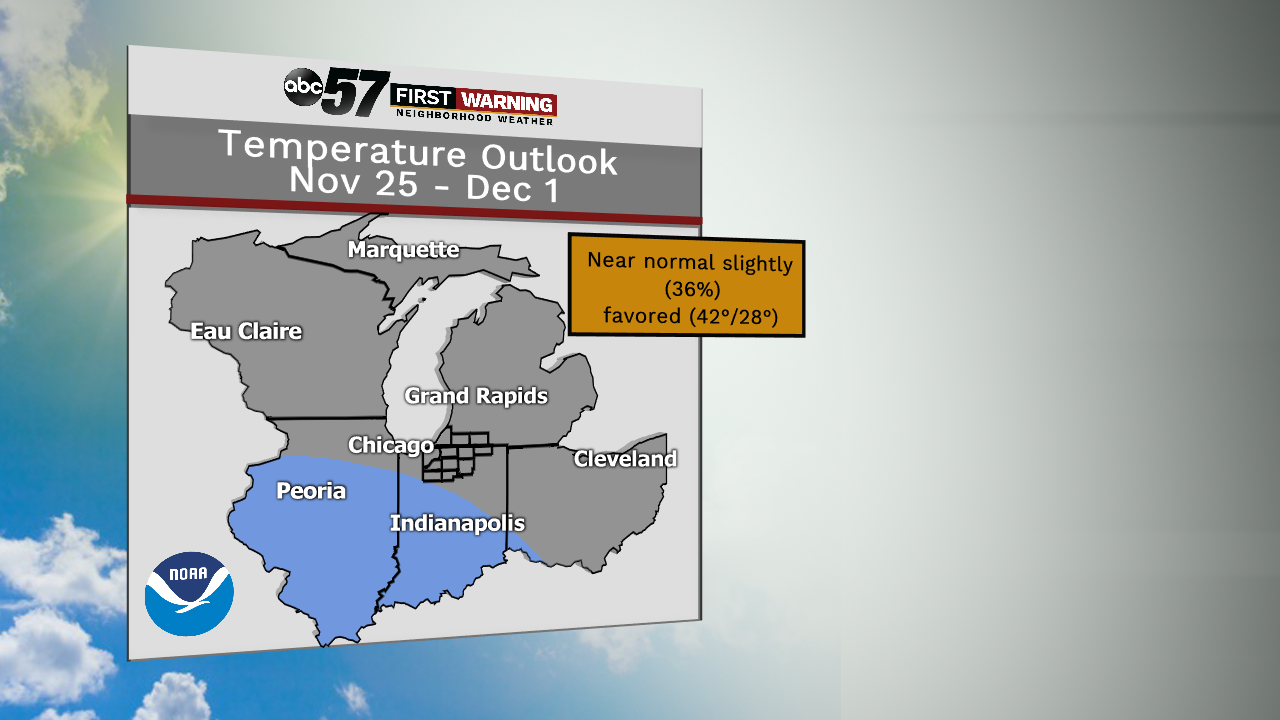 The gray color highlights areas that could see near-normal temperatures towards the end of the month. Confidence in that forecast is low at this point. 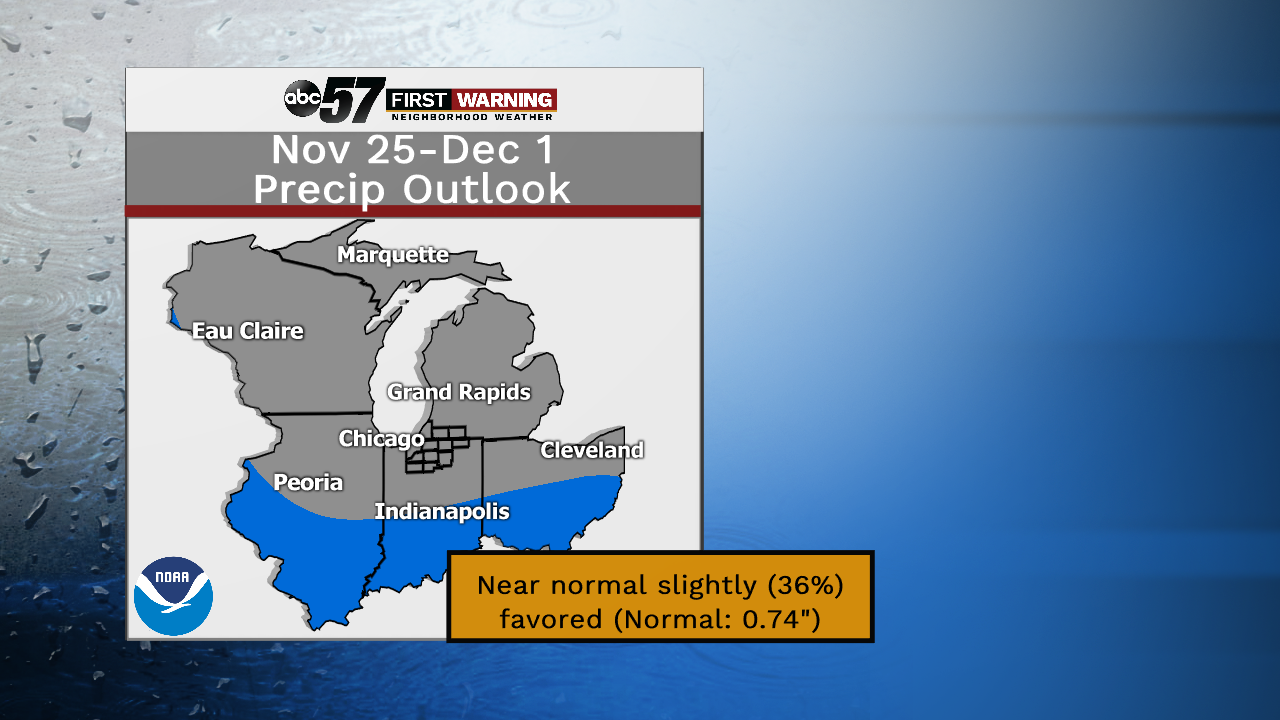 Like temperatures, precip could be around normal. More details will need to be ironed out, however.

And that's also what we're seeing on the precip side too. Our numbers for the fall season are high, but we're not expecting more precip than normal for the rest of November. Overall, expect the 40s for the most part for highs, but don't be surprised if some upper 40s and low 50s, and even some 30s, are scattered throughout our 10-day forecasts going forward, thanks to incoming low pressure systems.