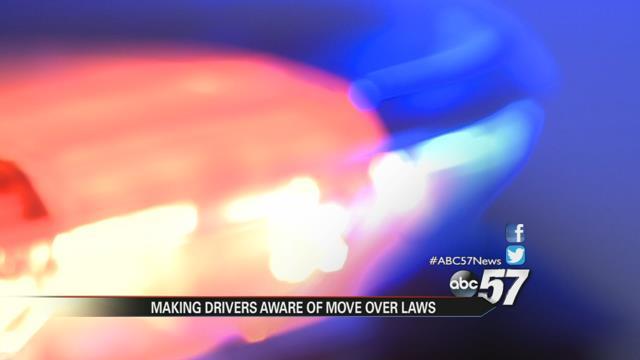 The Indiana Department of Transportation and Indiana State Police have partnered for an upcoming Safety Blitz that will be going on October 12-16.

The Safety Blitz is to raise awareness for the state's Move Over Law. That law requires drivers to slow down, approach with caution, or move over to the adjacent lane when an emergency vehicle is stopped on the side of the road with emergency lights flashing.

Each year a number of first responders and highway workers are killed in the midst of doing their job while on side of America's roadways.

However, if a driver is unable to move over safely, he or she must slow down to 10 miles per hour below the posted speed limit and proceed with caution.

INDOT and ISP hope by having the Safety Blitz drivers will know and remember to move over, according to INDOT Media Relations Director Doug Moats.

“By raising awareness, we’re hoping to provide a safer environment for those additional vehicles. In addition to that we’re also hoping to prevent a tragedy,” Moats.

“In 2010 the law actually was updated to include highway incident vehicles, utility worker vehicles, as well as tow trucks,” Moats added.

Drivers who do not follow the law could face consequences.

“What they will be doing is if cars or vehicles fail to pull over to observe the Move Over Law, they will be pulled over and potentially ticketed. Each county has a different fine given for whatever particular violation is committed. If an accident, Heaven forbid should occur, you could lose your license,” said Moats.