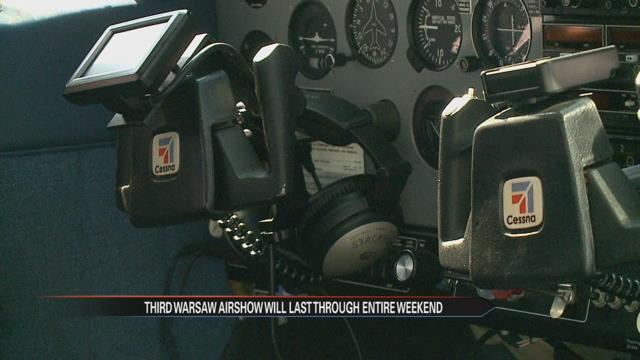 The economy in Warsaw will be booming this weekend with the third annual Warsaw Air Show starting Friday afternoon and running until Sunday.

The third annual Warsaw Air Show is commemorating the 70th anniversary of the end of World War II.

And that's just for the first night.

This event will be going on all weekend long with events for the whole family.

Hoover said this event will bring in over $150,000 to the local community.

“We expect at least that much if not more this year with people coming from Fort Wayne, Elkhart, Goshen, as well as Kosciusko County.”