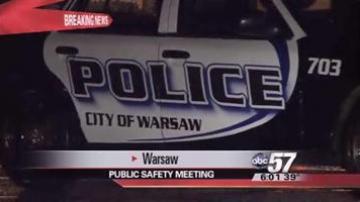 WARSAW, Ind. -- Just before 6 p.m. on Wednesday, city leaders approved the resignation of a police officer under investigation.

Timothy Whitright is accused of having an inappropriate relationship with a high school student.

During a Board of Public Works meeting, Whitright submitted his official resignation as a Warsaw police officer.

The Chief of Police said that with charges he would be dismissed from the police department.

The investigation uncovered that he had been sending text messages to a 16-year-old girl, met her at a friend's house, and then kissed her at one point.