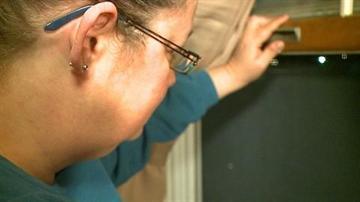 WARSAW, Ind. – Police surrounded an apartment complex, with weapons drawn, on the city’s Westside Sunday afternoon. As of Sunday night, community members in the neighborhood were wondering what happened; if they were safe and; why they had still not been given an official reason for the police presence.

According to the on duty sergeant at the Warsaw Police Department Sunday evening, no information would be shared until nearly 17 hours after the incident.

The department’s policy is, no officers are allowed to provide the media with any information without the expressed permission of the police department’s Public Information Officer (PIO).

The PIO is expected to be in around 8 a.m. on Monday. The sergeant with the police department told ABC 57, he was unable to reach the PIO by cell phone Sunday evening.

According to witnesses, the police blocked off several blocks of Tippecanoe Drive after a man barricaded himself in his apartment.

Witnesses could not say for certain if the man was armed, if he was alone in the home or had someone in the apartment with him, or why he barricaded himself in.

According to Lynn Isaacson, who lives next door, the man and his girlfriend had an argument the night before.

Isaacson said the girlfriend told her the man intentionally left the front door of the apartment open during the argument, and the girlfriend was concerned the verbal fight had disturbed Isaacson and her family.

Isaacson said, she did not hear the argument from the night before, nor did any member of her family.

She also said, she has never had any problems with her neighbor in the few months her family has been living in the apartment across the hall from the man.

Isaacson was not even aware the police had surrounded the apartment complex until her husband happened to look out the window while picking up her phone.

Isaacson opened a window and saw several police officers fanned out in front of the building, with guns drawn.

When an officer waved at her to get out of the window, she quickly shut it and backed away.

Isaacson said, a few minutes later a police officer came to her door and told them they had to leave the apartment.

According to Isaacson, the mood was tense during the standoff and she was concerned about the safety of her child. “They’re telling me he’s got guns over there; I’ve got my daughter over here, what are we going to do?” said Isaacson.

Before she could get her 2-year-old daughter dressed and ready to leave, Isaacson’s neighbor ended the standoff and was removed from his apartment.

With the danger passed, Isaacson used this opportunity as a teaching tool for her daughter. “She was pointing out everybody going, ‘who is that?’ and ‘what is that?’ and; I kept telling her those were police officers and they were the good guys,” said Isaacson.

The standoff lasted about an hour or so, but her heart didn’t stop racing for another hour beyond that, according to Isaacson.

Witnesses saw a man being escorted in handcuffs to the back of an ambulance. As of Sunday night, the police are not saying if he was injured during the standoff or his apprehension, or if he inflicted an injury on himself, or if he suffered an injury at all.

The man’s identity is also being withheld.