Warsaw Police arrest man for sexual misconduct with a minor 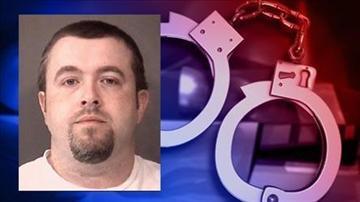 WARSAW, Ind. – Warsaw Police have arrested a 33-year-old man who was allegedly having sex with a 14-year-old girl.

Warsaw Police were called to the Super 8 motel Monday around 2:30 p.m. after the grandfather of the victim called to report he walked in on a sexual encounter between the 14-year-old and a 33-year-old family friend, reports said.

Warsaw Police interviewed the victim and she said she had sex with Christopher Allen Jr at various hotels and other locations in and around Warsaw on several occasions within the last month, reports said.

Allen was arrested and charged with 2 counts of class B felony sexual misconduct with a minor.

Allen was booked into the Kosciusko County Jail and is being held on a $10,000 surety bond.