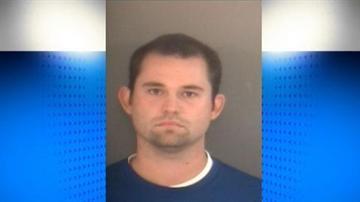 WARSAW, Ind. – A Warsaw Community School teacher was jailed after admitting to inappropriate sexual activity with a 14-year-old former student.

Tyler Baatz, 26, was arrested for sexual misconduct with a minor, a Class B felony, and child seduction, a class D felony.

Police say the acts occurred over a three-week period in August at his apartment in Warsaw and at a Winona Lake location. Texts and telephone records indicate that contact between Baatz and the student started in spring 2012 and continued into the summer.

According to police, initial contact occurred because of the teacher-student relationship, but the sexual charges relate to activity at his apartment. Police also said the teen was a student of Baatz this past year.

Baatz did come forward to the Warsaw Police Department about his actions and was immediately booked into the Kosciusko County Jail on no bond. He is awaiting court action.

The investigation is ongoing. Police said there is no evidence at this time that any other students were involved with Baatz.