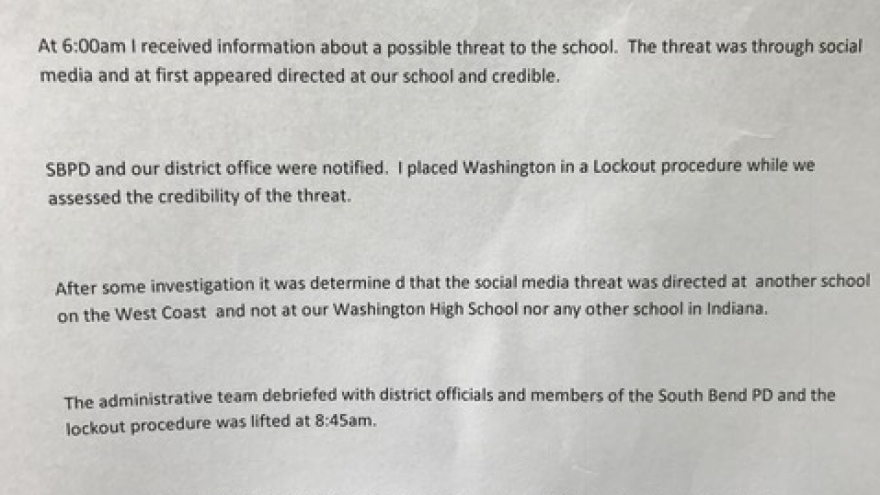 Washington High School in South Bend was on lockout Monday morning after school officials were notified of a potential threat.

Washington High School Principal Byron Sanders told ABC57 News that the threat is suspected to have come from a student in Tacoma, Washington, not in South Bend.

For precautionary measures, Sanders made the call to put the school in lockout as soon as the first bell rang which means it functioned normally, but officers assessed and made sure there were no threats.

Teachers were notified before school, the superintendent was there in the morning, and police responded immediately. He says at least four marked cars were in front of building Monday morning.

Also before school, Sanders sent out a verbal statement to parents through PowerSchool where he read the statement about that threat. (see photo)

Sanders says everything is continuing to function normally and no one has been identified on campus as a threat.