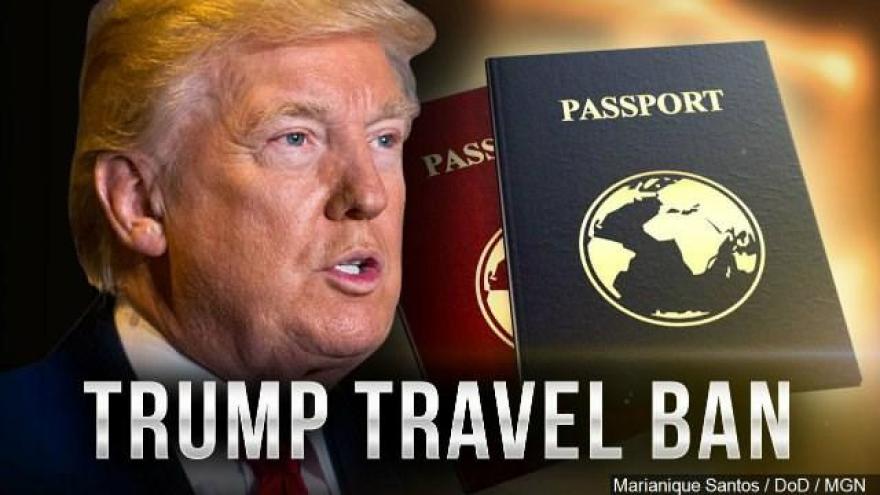 "The revised executive order does narrow" its impact. "There is still harm," Ferguson said. "This is effectively a Muslim ban."

Trump signed a new executive order Monday banning foreign nationals from six Muslim-majority countries from entering the US for 90 days and banning all refugees for 120 days, but excluded green card holders and those with existing valid visas from the order.

The original ban included Iraq, but the new order does not. Ferguson said that change doesn't pass muster.

Rather than a seven nation ban, it's is only "now a six nation ban," he said. "The language is virtually identical."

"There are still constitutional problems with core provisions" of the new executive order, Ferguson said. "It cannot be a game of whack-a-mole."

The state of Hawaii this week also challenged Trump's new travel ban. A federal judge agreed to hear arguments on Wednesday -- one day before it is slated to go into effect on March 16.

The Justice Department filed a notice with Robart on Monday, saying the administration believes the new executive order "falls outside of the scope" of Robart's earlier ruling that blocked the original ban. The administration cited the substantial changes to the executive order, arguing that it "clarifies and narrows the scope of Executive action regarding immigration, extinguishes the need for emergent consideration, and eliminates the potential constitutional concerns identified by the Ninth Circuit."

Announcing the new executive order Monday, US Attorney General Jeff Sessions argued that the ban was necessary because "we cannot compromise our nation's security by allowing visitors entry when their own governments are unable or unwilling to provide the information we need to vet them responsibly, or when those governments actively support terrorism."