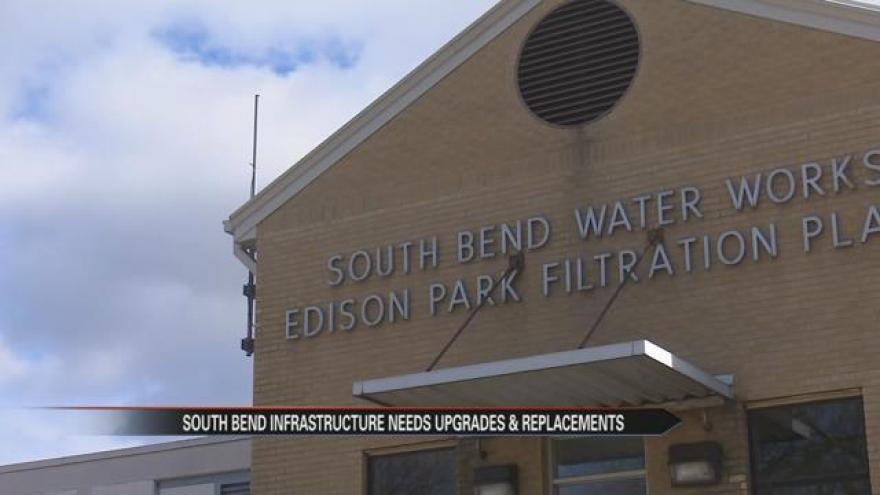 South Bend’s water infrastructure is in an ‘emergency situation.’

Bussell said the crumbling roofs and outdated equipment is making it harder for his team to keep the city’s drinking water clean.

As ABC57 has reported, that’s why South Bend Mayor Pete Buttigieg – who attended Thursday’s tour – is urging the city council to vote to raise the cost of water for residents.

The increase would be between $4 and $5 each month for the average household.

“There’s about $88 million of needed investment across the system,” Buttigieg said. “And in order to deliver safe water for everybody, we need to be willing to make those investments.”

Water treatment production has slowed in the city over the years, Bussell said, because the equipment can’t keep up.

He said the time to upgrade is now, or things will only get tougher.

“It may be a decade from now. Maybe a decade and a half from now, I don’t know. But at some point, all that’s gonna catch up with you and you’re gonna have so many fires to put out that you can’t possibly keep up with them,” Bussell said.

According to Bussell, the city should be able to treat about 70 million gallons of water each day.

Currently – because of the crumbling infrastructure – that number is only at 40 million gallons.