We are WAY above normal for snow thus far; is more on the way in the coming weeks? 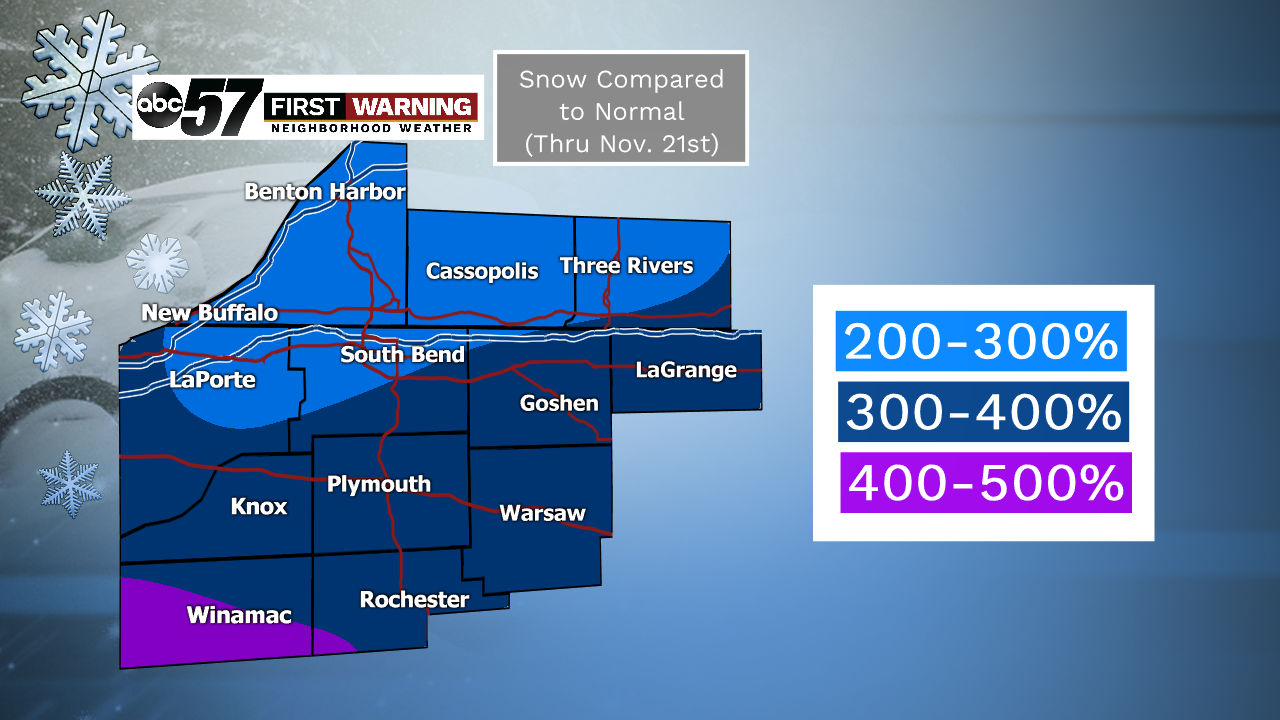 Snow thru November 21st compared to normal in a percentage. MRCC
Courtesy of one unusually hefty early-season snow event, we are well above normal in the snowfall department for the season.

The entirety of Michiana has seen at least double (200%) the normal amount of snow we would typically see thru November 21st. 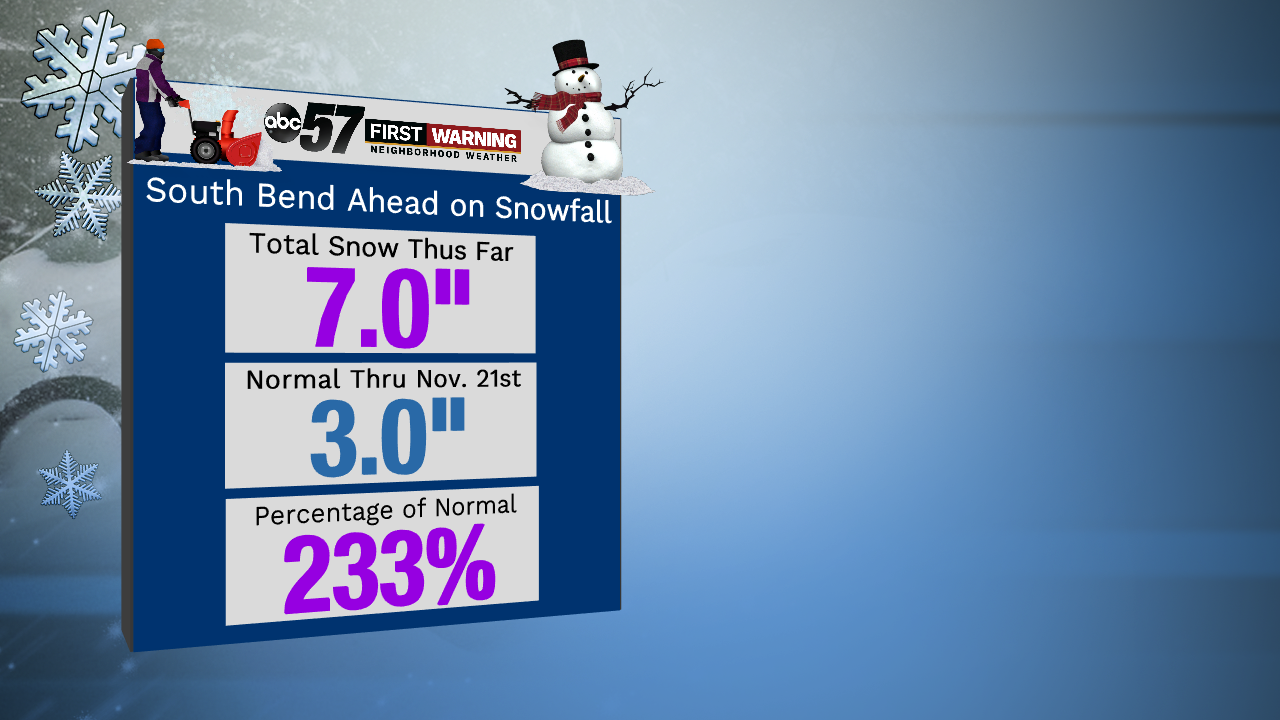 For example, South Bend has seen exactly seven inches of snow thru the 21st. Usually the city only sees three inches of the white stuff by this date. That puts South Bend at 233% of normal for snowfall so far.

But that's not even the most impressive value in Michiana.

Locations like Knox, Plymouth, Rochester, Warsaw, Elkhart, Goshen, and LaGrange have seen 300-400% of their normal snowfall thru November 21st!

Southern Pulaski County wins this department, though. Winamac has seen four to five times its normal snow to date! 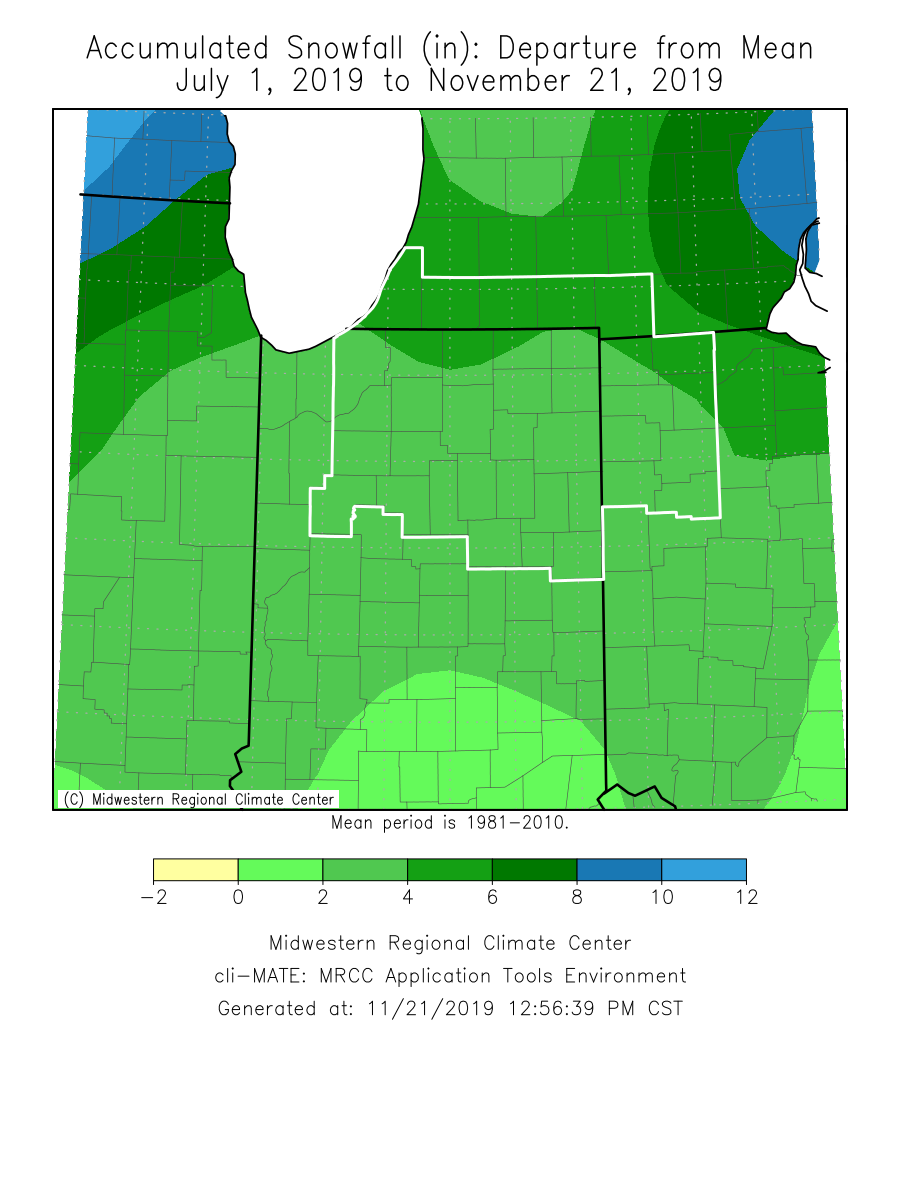 Snowfall compared to normal in inches. MRCC
It's not just here in Michiana either. Most of Illinois, Indiana, Michigan, and Ohio have seen a very active winter season thus far in terms of snowfall. The map above shows our general region and where we stand.

Michiana is roughly 2-6" of snow above normal depending on where you are. But cities such as Chicago, Indianapolis, Detroit, Fort Wayne, Milwaukee, and Cincinnati are all a couple inches to as much as 10" above normal! 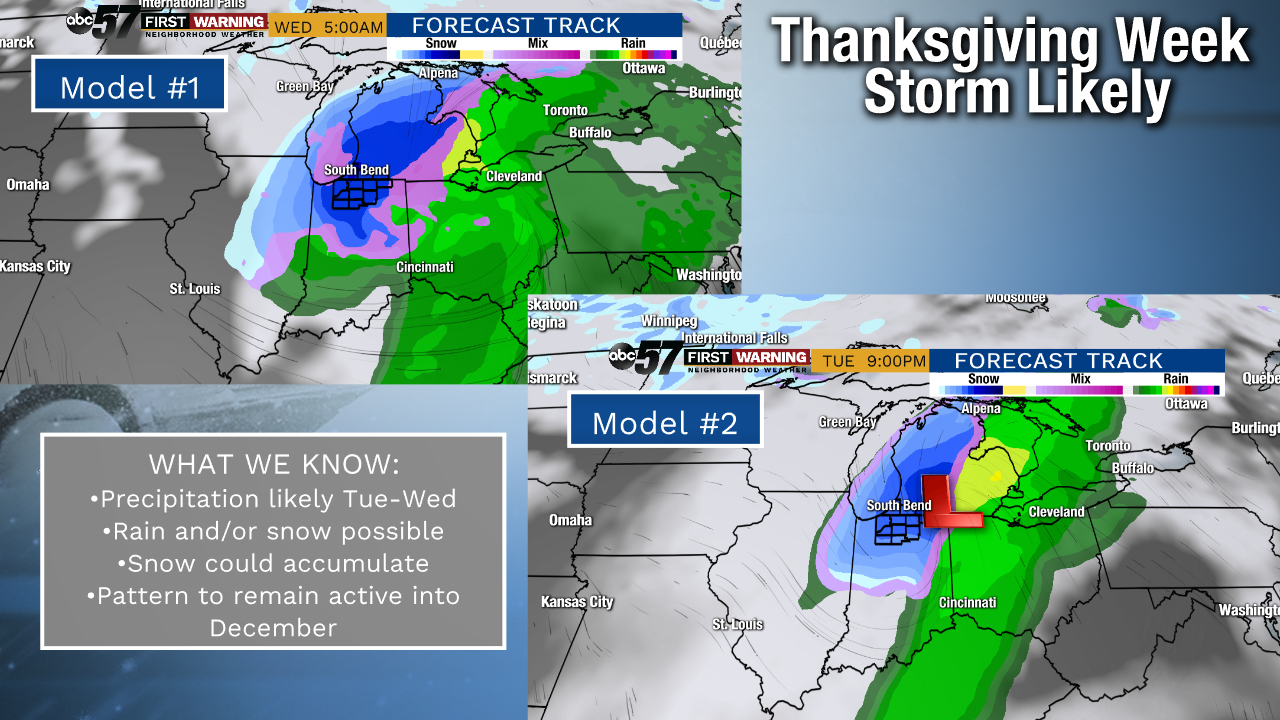 Of course, everyone wants to know whether or not we will maintain this active start to the snow season. Without getting too much into the details, it's certainly possible.

We are already monitoring a potent storm system for Thanksgiving week. As of Thursday morning, models are leaning towards enough cold air to supply a snow chance in the days just before Turkey Day.

This is by no means set in stone since we are several days away from the storm system coming together. 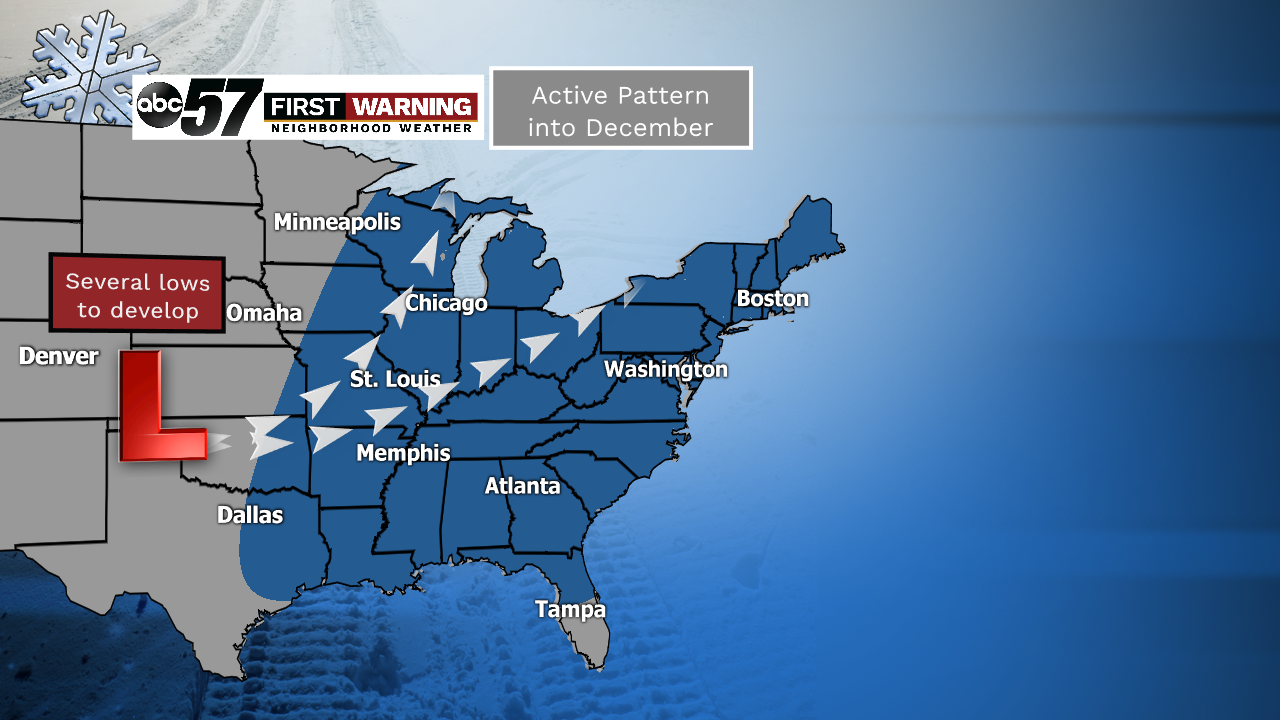 Active pattern likely to round out November and bring in December.
Thus, it's still too early to mention anything specific, but the threat of snow and an impactful Thanksgiving week storm system is certainly alive and well somewhere in the Midwest, Great Lakes and/or Ohio Valley.

Could we get all rain? Yes.

Could we get rain and snow mixed? Yes.

Could it be mostly snow? Possibly.

Beyond Thanksgiving, the overall pattern continues to look supportive of multiple storm systems capable of bringing rain, snow or a wintry mixture of the two into the first couple weeks of December.

Again, it's far too early to pinpoint any specifics regarding these future storms.

What we can say is the pattern is looking active with multiple shots at precipitation and temperature swings.

And if we don't see much snow with the future storms, our current big-time surplus in the snow department will wither away quickly into early December.