Weather a concern for Notre Dame game at Clemson 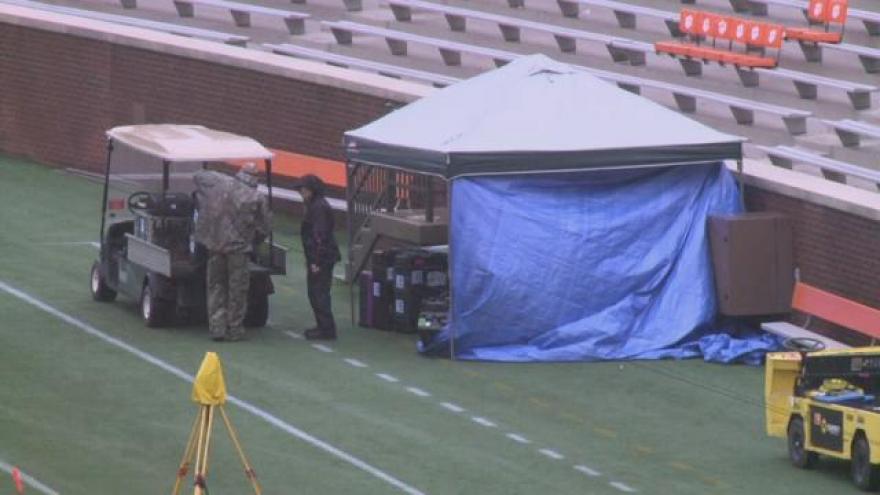 Weather is a major concern for Saturday's Notre Dame game against Clemson because of Hurricane Joaquin. It has been raining Friday and downpours are expected on Saturday.

Even with the expected rainfall, officials with Clemson say the game will go on as normal.

"You come over here after a real bad spring rain and the field would be, you'd see the middle part of it but wouldn't see the sidelines," Bourett said.

Clemson University has made some changes so with hurricane Joaquin expected to bring heavy rain for Saturday's contest, Bourett says the grass field should be in good condition.

"They fixed all that. Have a really good elaborate drainage system in. So not too worried," Bourett said.

He says all staff are operating as if the game will kickoff as scheduled at 8:22 Saturday night.

"It is unfortunate. You would like to have a nice sunny fall day. But this will be unusual," Bourett said.

The university has no plans to change the time of the game, but admit the situation is fluid.

"I'm not going to say that's not a possibility. But it's something that we are monitoring and working with the ACC office and communicating with Notre Dame," Bourett said.

Clemson will keep a close eye on the radar, but if something changes, fans and students will be notified via email, text alerts, and social media.

Bourett doesn't think a change in game time would be a tough task.

"I don't think it would be that difficult to do, quite frankly. The safety of every one of the fans is going to come first," said Bourett.

There is some precedent here.

Earlier this season LSU had a game delayed for hours because of the weather. Eventually it was cancelled, and reports indicate it cost the university millions.