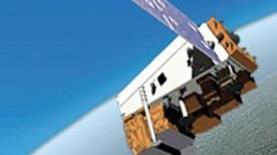 From the early infancy of the space program, weather satellites were some of the first objects launched into space. A full decade before we landed on the moon.  The first images, (to what amounted to crude photos of Earth from space) provide invaluable. As large scale weather patterns could be tracked, especially over large bodies of water and desolate unpopulated areas where man-made observations were not possible.

Now, thanks to funding cuts important data, used by scientists and forecasters looks to be blacked out of sorts. As the launch and implementation of the latest polar orbiting satellite has been delayed. According to a recent article in Scientific American there is "a nearly 100 percent chance" of a gap in weather data that's used by civilian agencies and the military. After the National Oceanic and Atmospheric Administration (NOAA) had its budget slashed in 2011 to 40% its asking cost, but now has the bare minimum 90% of its sought after money for the latest budget cycle. According to the article " NOAA believes the data gap will begin in late 2016 and last anywhere from 12 to 18 months".

There are two types of weather satellites Geostationary Operational Environmental Satellite (GOES) and Polar Operational Environmental Satellite (POES). Both carry an array of instruments that aid in weather and climate observations and forecasting. GOES are "fixed" over a given area of the globe and continually relay data with a wide "general" view. POES have a more "vertical" orbit, rotating around the north and south pole, flying closer to the earth, carrying a more specialized payload of instruments. The key is they provide a higher resolution picture of the weather and changing climate. It is the latest POES satellite and data that is being affected by these budget cuts.

So what does this mean? Its easiest to explain this with a simple analogy. Imagine all of your HD channels are blacked out from your cable package along with the premium channels. You can still watch most of your favorite shows and sporting events their just not in clearest pictures possible, and you wont find out what happens this season in Dexter until it comes out a year later on DVD.

Except the HD channels are the high resolution imagery from the Joint Polar Satellite System (JPSS) and  the premium channels are the data from some of these other instruments only found on that satellite.
Here's the latest GOES image over the eastern US, it gives you a good idea of where there are clouds and the motion of large scale storm systems. However you'll see the difference when you see the selected products from POES satellites; wildfires in Oregon, seeing inside Hurricane Rina and the swath of snow from the record setting October snowstorm in the northeast.

While 'cutting' seems to be the only option for some to solve the countries fiscal problems. Keep in mind its hard to put on price on lives and property BEFORE they are saved. Only after do we have an idea of "what could have been". Accurate weather forecasts warn when needed, saving lives and property and preventing costly evacuations when unnecessary.

The weather satellite program is just one area of the vast sciences in this country going underfunded. Its important to find revenues to continue these investments in our country.