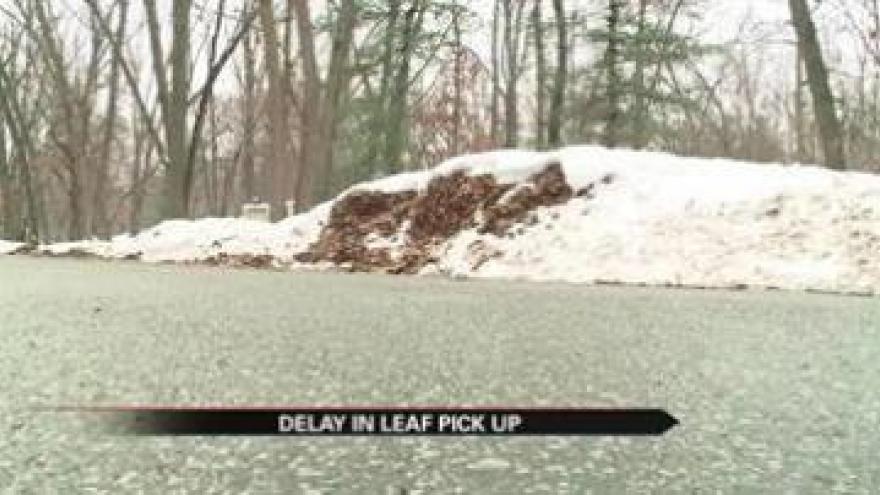 “Usually with the older trees, they fall late and they fall quick and then it’s snow,” Clay Township homeowner Bob Staszewski said.

After living on Harvest Road for more than ten years, Staszewski said he's no stranger to the huge piles of leaves crowding his street.

“Anybody that lives in this area or lives in an area with a large amount of leaves like this with the old grove trees, knows that you have about a two or three week window that you can actually get them raked and moved to the side and taken care of,” Staszewski said.

So as soon as the leaves fell from the trees outside of his home this fall, Staszewski and his wife got to work.

“We found out that they were going to start picking up on November 11th so the weekend before that we started raking,” Staszewski said.

But the leaf pick-up service never came. It's been 39 days and the leaves and debris are still there.

"They’ve been at the edge of the road since then,” Staszewski said.

And on the edge of the road is where they may stay if it doesn't warm up before spring. It's not just that they are a bother to Staszewski and his neighbors, he said it's also become dangerous.

“They get pushed into the street when the snow plows do come or they get pushed into the front of your driveway. We’ve had several people slide off on the sides over here and we’ve had our mailman slide off and had to back out in order to deliver the mail, so it gets a little hazardous. It’s very aggravating and very frustrating as a homeowner,” Staszewski said.

An employee at Greenworld said they have had crews out all day to assess whether this warm up will thaw enough snow to allow them to get at the piles of leaves tomorrow.

If the weather doesn't cooperate, county officials say the leaf pick-up program could be suspended until next spring.