It might sound improbable, but do you think a weather satellite way up in the vacuum of space could help Over the past several years, a team of forecasters and meteorologists at Penn State University is working to use the GOES-16 satellite to help increase the amount of time between an issued tornado warning and a confirmed tornado on the ground. 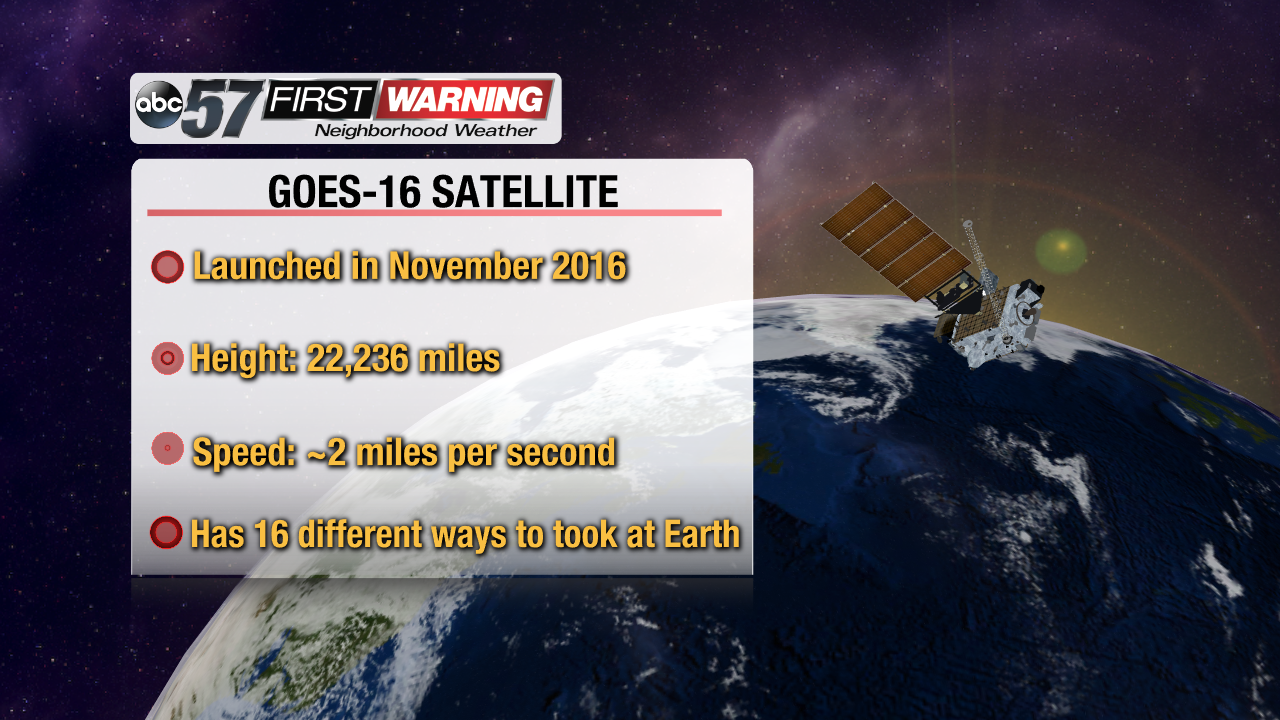 But first, what is the GOES-16 satellite? This satellite provides real-time images of storm systems and clouds covering the eastern half of the united states. This satellite replaced GOES-13 back in 2016 and has a much better resolution of about a half a mile. This means that the satellite can pick up on relatively small, isolated supercells to big thunderstorm complexes with great detail. This satellite is locked in orbit over the same part of Earth, so it's always looking at the same slice of the planet no matter where it is in its orbit. That's why it's also called a "geostationary" satellite! I talked with Dr. Fuqing Zhang, Professor of Meteorology at Penn State University and leader of this research project, about how this satellite could possibly help increase the amount of time between a tornado warning and an actual tornado:

What we're proposing is actually combining the satellite information, especially the so-called cloud irradiance, directly from the satellite and integrate it with the model through a process called data assimilation.

Cloud irradiance refers to the electromagnetic radiation given off by certain types of clouds. Different cloud types will give off different amounts of radiation, including visible light. A weather model could use that information to come up with a better, and more detailed forecast about when a tornado will form. That will give forecasters and meteorologists watching a potential tornadic supercell, more of a heads-up about where a potential tornado and when. Then that information can immediately be sent out to the public so everyone can get to a safe place. Dr. Zhang also told me that this project is in the early stages, but shows great promise to adding more warning time:

It's not there yet. It's more exploratory research that we've done.

A link to more details about the the project and how the GOES-16 satellite operates can be found right here: https://news.psu.edu/story/539209/2018/10/01/research/new-weather-model-could-increase-tornado-warning-times