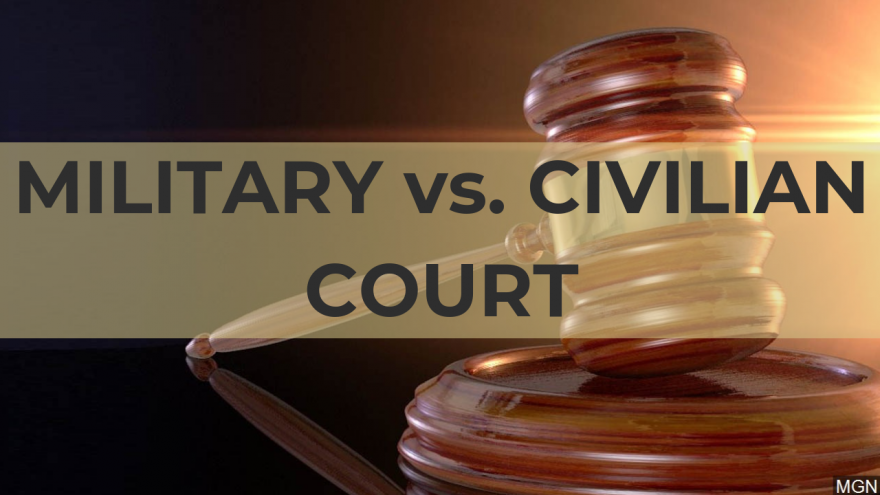 When an active military member is charged with a crime, both the military and the state in which the crime was committed have jurisdiction.

However, a trial in a military court versus one in a civilian court looks a little different.

According to Scott Noto, a former Judge Advocate General (JAG) lawyer based in Grand Rapids, Michigan, says that one of the biggest differences between the two courts is the jury.

“In a military court, the jury is actually called a panel and is made up of active duty military members. Depending on the type of trial and what the charges are, the panel could have between three and five members,” Noto said.

For a charge such as first degree murder, at least five military members must make up the panel, according to Noto, but in cases seen in a general court martial, the panel can be larger.

Capital cases in a military court would end up requiring 12 panel members, similar to the civilian court's jury.

Take a look at the informational graphic below for an overview of the some of the key differences between a military and a civilian court, in regards to a first degree murder charge in the state of Michigan. 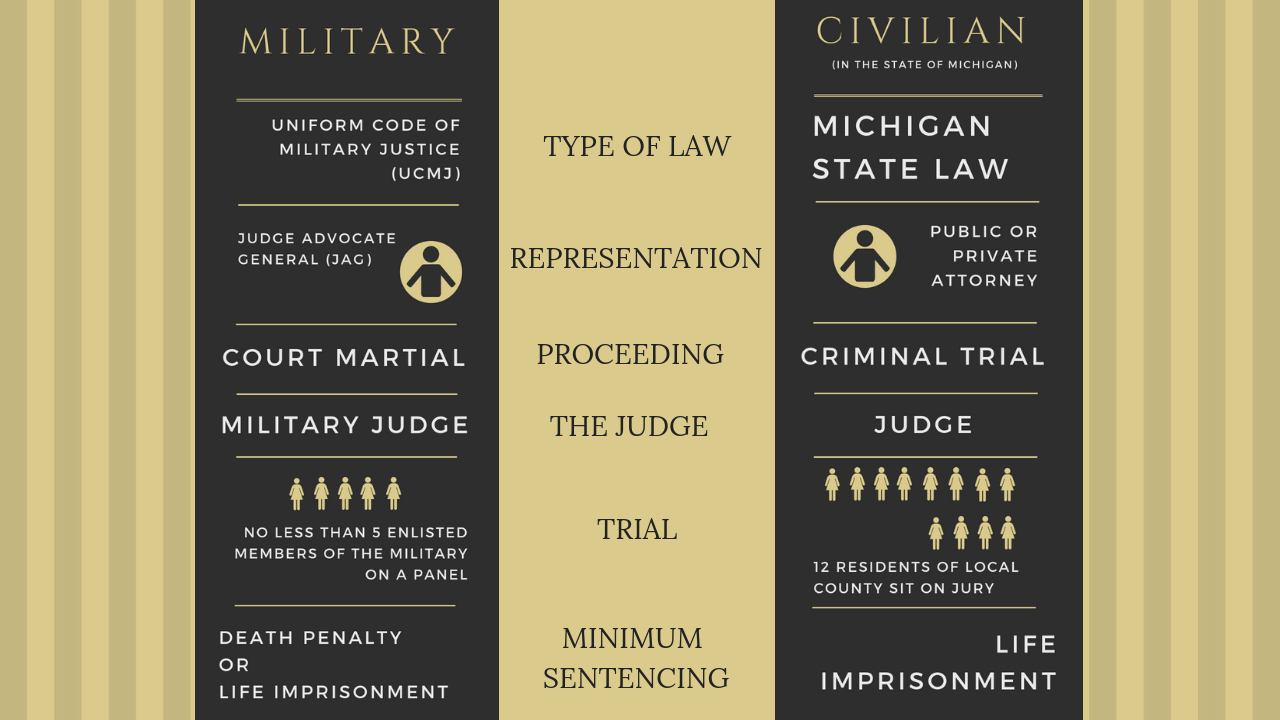 Two big differences also exist in how the two courts conduct sentencing and decide a verdict. 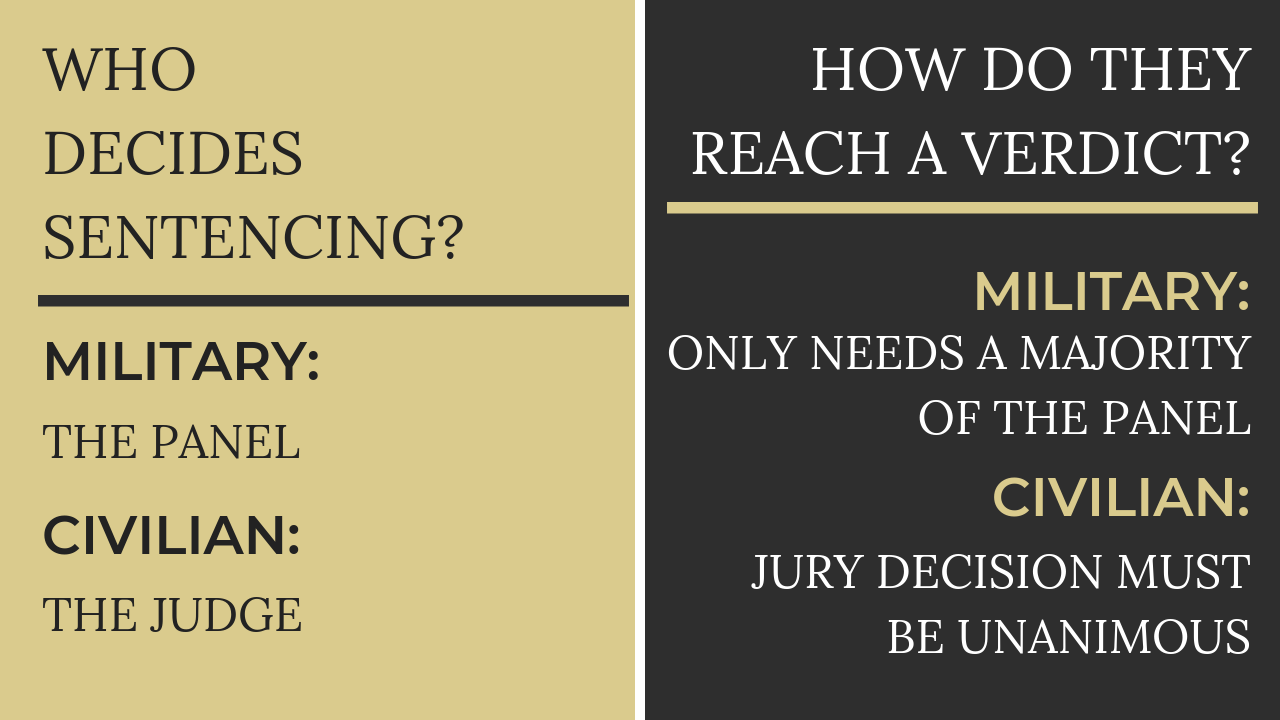 A verdict is reached in a civilian court through a unanimous decision by members of the jury but in a military court, a two-thirds majority of the panel must agree in order to reach a decision.

In a military court, the panel decides a guilty person’s sentence while in a civilian court, a judge decides this.

However, the big question is, if an active duty military member commits a crime, are they tried in both civilian and military courts?

According to Noto, the short answer is probably not but it does happen, rarely.

The military and the state in which the crime occurred have concurrent jurisdiction, meaning that both courts have the authority to hear and decide the same case.

The same person tried for the same crimes in two different courts brings up the question of double jeopardy and constitutional rights, seen currently in Gamble v. United States.

A case that originated in 1985 involving an active military service member and the murder of a mother and her young children was tried in three separate courts over 21 years. Read how that case ended here.