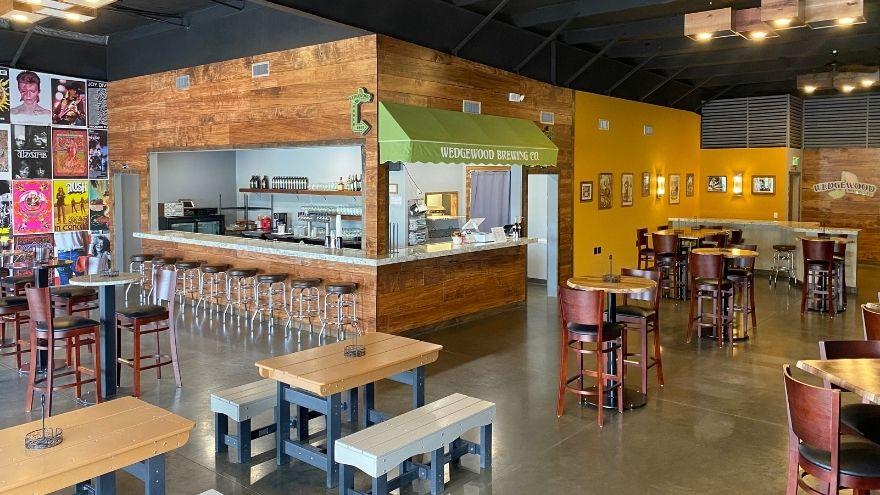 MIDDLEBURY, Ind.—Wedgewood Brewing Company is set to reopen in its new, larger location on June 9 in Middlebury.

The brewery will be located at 129 Orpha Drive, Unit B in Middlebury, which used to house Aunt Karen’s Café.

To celebrate the grand reopening and the brewery’s fifth anniversary, Wedgewood Brewing is releasing a new IPA called Welcome Back, according to co-owner Cody Higgins.

Higgins said the business idea for the brewery was born from a Christmas gift his father and Wedgewood Brewing founder, Chris, received back in 2005.

Chris tried to return the gift, a wine homebrewing kit, to a local shop where the owner talked Chris into exchanging it for a beer kit, Higgins said.

From there, Chris went from homebrewing beer on the stove top to purchasing an all-electric, 20-gallon system for his garage.

“His wife, Jeni, who hadn't used the garage for the last few years jokingly told Chris to quit homebrewing or start a brewery,” Higgins said.

The family then opened their Main Street location in May of 2016 with seven barstools and the capacity to brew 31 gallons of beer at a time.

In 2018, the family moved the brewing operation across town to space off of US 20 to increase production. They also upped the Main Street taproom capacity and added additional outdoor seating.

When the pandemic hit, the brewery focused on serving their brews to customers in their outdoor beer garden and through carry-out and curbside purchases of their canned beers.

When they heard the news that the space on Orpha Drive would become available, near their brewing facility off of US 20, they jumped on the opportunity. By early 2021, the family had the keys and with a few friends, completely remodeled the interior.

Wedgewood Brewery, which gets its name from the street Chris began homebrewing on, is known for its hazy IPAs, crisp lagers and bold stouts. They’ve also added a craft cocktail menu, along with ciders, seltzers and wine.

The brewery will also feature a food menu.

“We like to call our brewing methods ‘audio infused brewing.’ We are very passionate about all things music and we like to showcase that within our brand. We've even hosted our own music festival called ‘Wedgestock’ three years in a row prior to the pandemic. In 2019 we brought in 2,200 people,” Higgins said.

The brewery regularly posts updates on its new brews and reopening plans to its Facebook page.