A look at hypothermia and frostbite

NOW: A look at hypothermia and frostbite 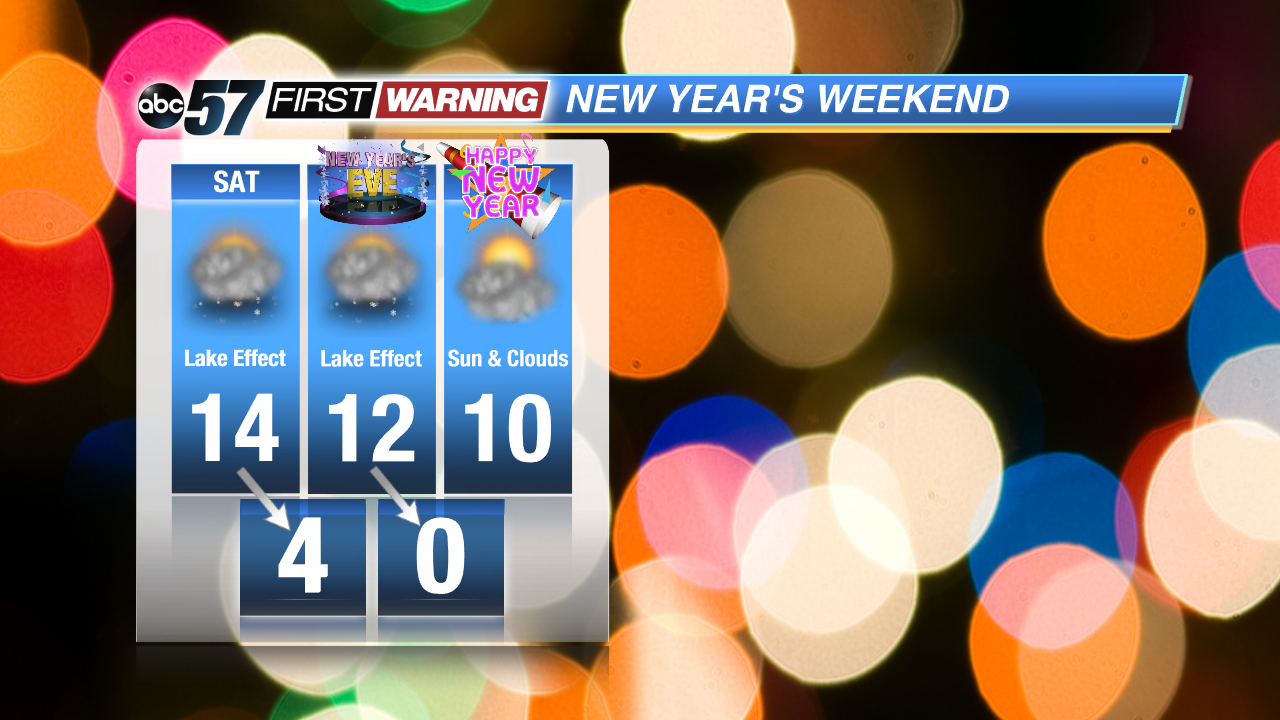 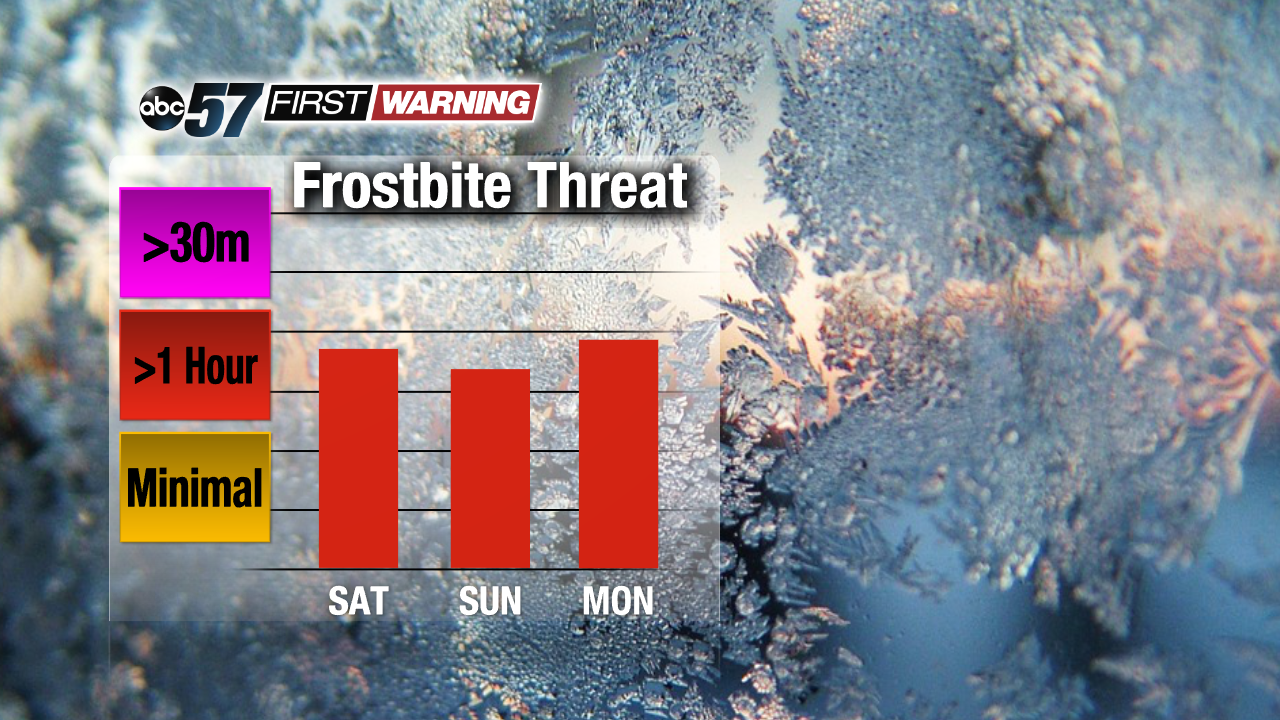 Frostbite threat this weekend.
The arctic blast is now several days old, and it won't be going anywhere over the next week or so. That means it will be in full effect for the entire New Year's weekend. High temperatures will stay below 15° all weekend long, and overnight lows will likely drop below 5°, if not colder. Even more, we will have some light wind throughout the weekend, which will create subzero wind chills. On Saturday, wind speeds could easily exceed 15-20 MPH. This is setting up to be one of the coldest New Year's in history, and the coldest since 1997!

With many people expected to be out and about, frostbite and hypothermia become increasingly likely. As it looks currently, frostbite will be possible in less than an hour on exposed skin each day this weekend. During the nighttime hours, it could develop even faster. Even if you don't experience frostbite, the frigid temperatures and biting wind could lead to very dry and chapped skin. When this happens, open sores may develop as the skin breaks and lets cold air in. It's best to cover as much skin as possible, wear gloves/mittens and use a moisturizing and skin repairing lotion when needed. 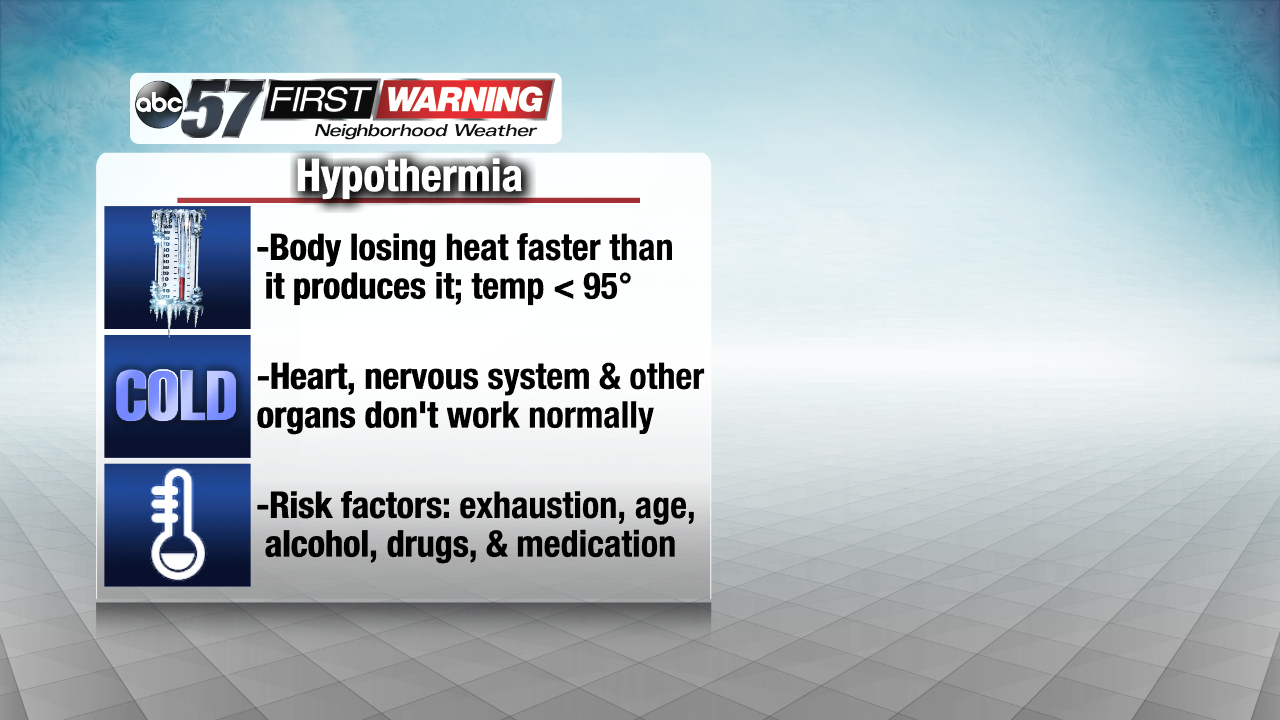 Frostbite, of course, occurs when parts of your skin get too cold. The cold essentially burns that area of skin and kills the underlying tissues. The most common areas to see frostbite are the ears, nose, cheeks, chin, hands, feet, toes, and fingers. However, frostbite can occur on spots that are covered by clothing if the clothing is not heavy or protective enough.

First your skin will get very cold and red, then numb, hard and pale. Very mild frostbite can be treated with first-aid measures, including rewarming your skin slowly. All other frostbite requires medical attention because it can damage skin, tissues, muscle and bones. Possible complications of severe frostbite include infection and nerve damage, according to Mayo Clinic.

Hypothermia is another concern when temperatures are extremely cold for a long duration of time. When the body loses heat at a faster rate than it produces heat, hypothermia can occur. According to most, it doesn't officially become hypothermia until the body's temperature reaches 95°. When your body temperature drops too low, your heart, nervous system and other organs do not function properly. Your body's first defense against hypothermia is to start shivering.

Beyond that, symptoms include slurred speech, shallow breathing, weak pulse, lack of coordination, drowsiness, confusions, memory loss, and loss of consciousness. The problem is most people do not realize they have hypothermia because the symptoms usually begin at a gradual rate.

Old and young age, exhaustion, alcohol and drug usage, certain medical conditions, and medication can all be risk factors for hypothermia. The best defenses against hypothermia include dressing in loose fitting, layered and lightweight clothing, staying dry, avoiding strenuous activities, and wearing gloves, mittens, layers of socks, and a hat. If you suspect that you or someone else has hypothermia, it is suggested to call 9-1-1 immediately.