Weekend rainfall leads to some flooding

Some in Michiana received quite a bit of rainfall over the weekend that even caused some flooding in some portions of the area. Some, especially in northeastern Michiana, saw totals well over 2 and 3 inches, with others farther south saw far smaller numbers. Reports of flooding came in Saturday afternoon as Flash Flood Warnings were issued in northeastern Michiana, right over Cass and St. Joseph counties in Michiana, as water swelled over roads and into neighborhoods in that area. 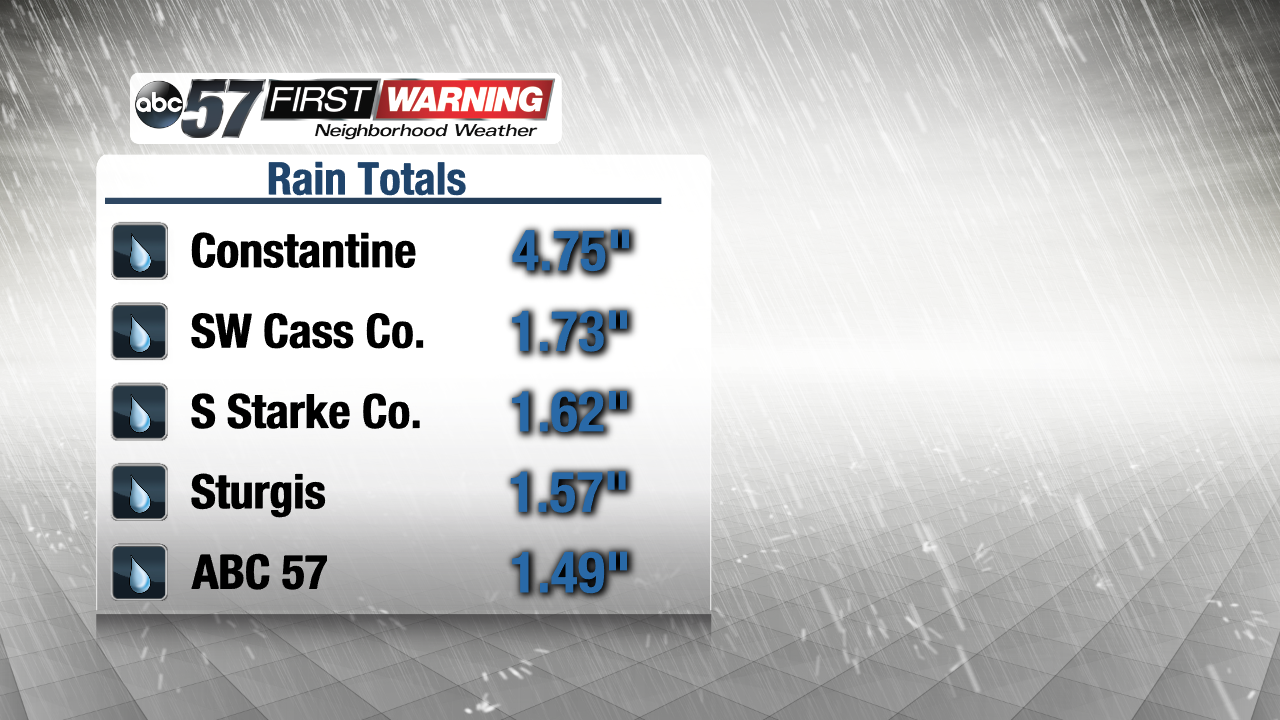 Some areas in the Michigan counties picked up almost 5 inches of rain over the weekend.

Even though each rain event is different, just the size of the rain drop can greatly change the total amount of rain we get after a storm. Last weekend, we got a lot of moisture, in the form of water vapor, in the atmosphere above us, and you might've noticed the humid conditions outside when this happens. Rain drops that fall in this environment can be very large as the drops can collide with numerous other water particles and grow larger on their way to the ground. In a much drier atmosphere, rain drops are typically smaller because there's far fewer particles to collide with and grow.

And, speaking of rain drops, the shape of a rain drop isn't a tear shape at all! Rain starts off as a very small sphere as slowly grows as it "eats" smaller water particles. It turns into a jelly bean shape as it grows and can even be split apart thanks to the opposing, upward wind.