Heavy rain fell across Michiana this past weekend, breaking rainfall records and causing flooding. At South Bend International Airport, 3.81 inches of rain fell, setting a new daily rainfall record, and setting a new record for the most rain in a single day during the month of October. The previous record was 3.47 inches, set October 17th of 1988.

Rainfall totals on Saturday varied quite a bit across Michiana with the majority of rain falling on the northwest side and the least rain accumulating in the south and east side. 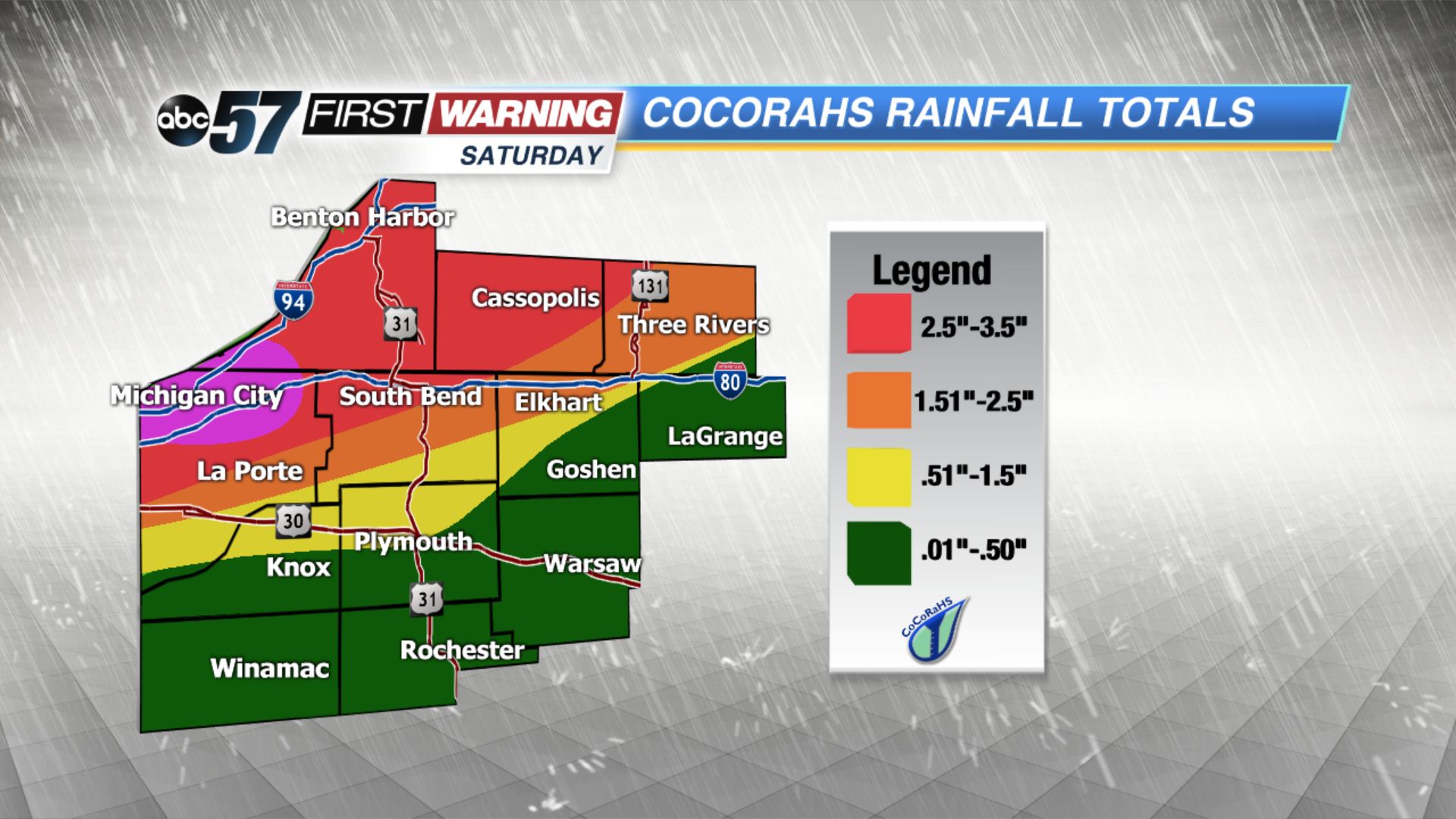 While highest rainfall totals fell on Saturday, rain did continue into Sunday. The cumulative total is called Storm Total Rainfall. Some of these numbers were over five inches in parts of Berrien County. 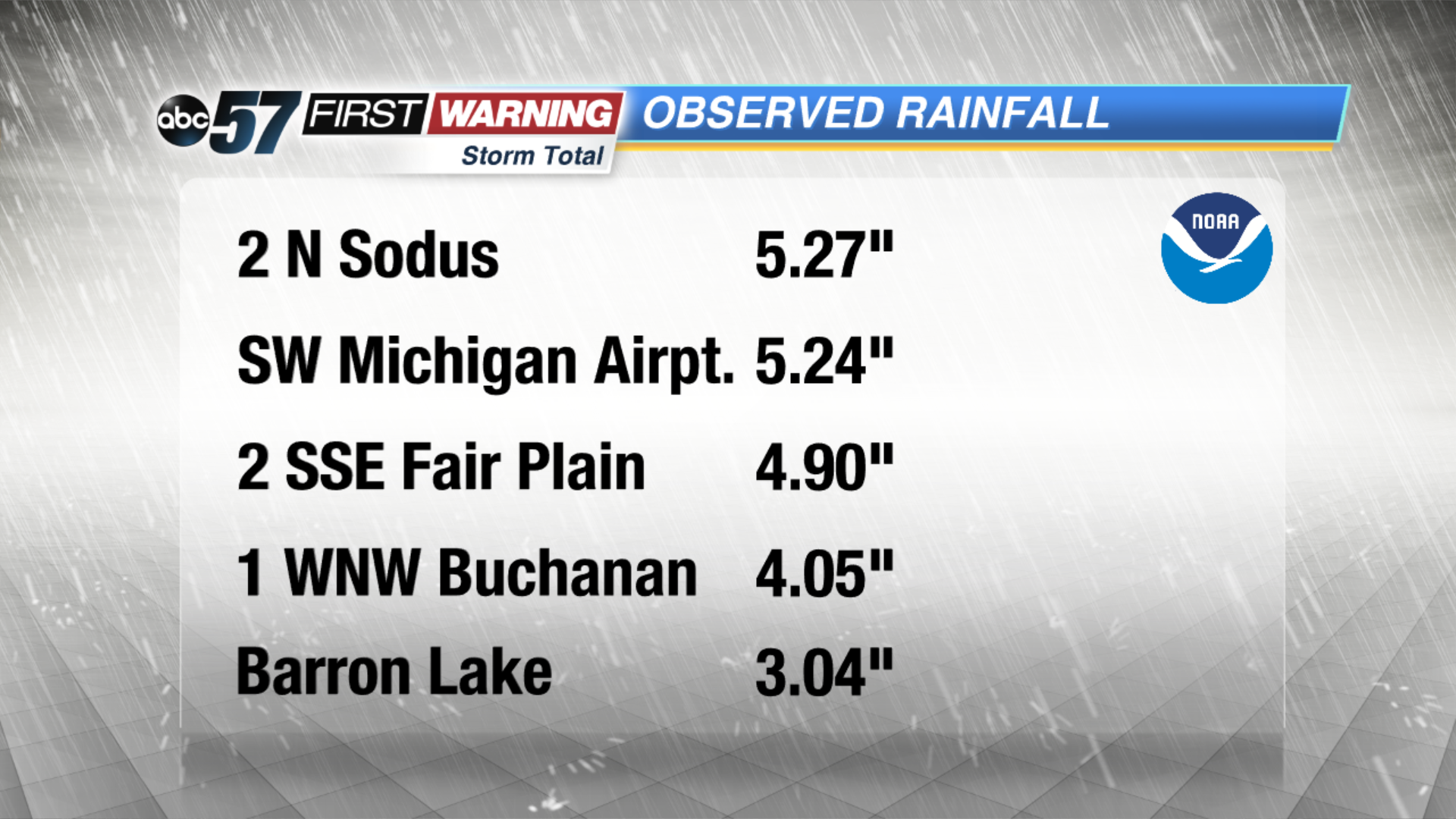 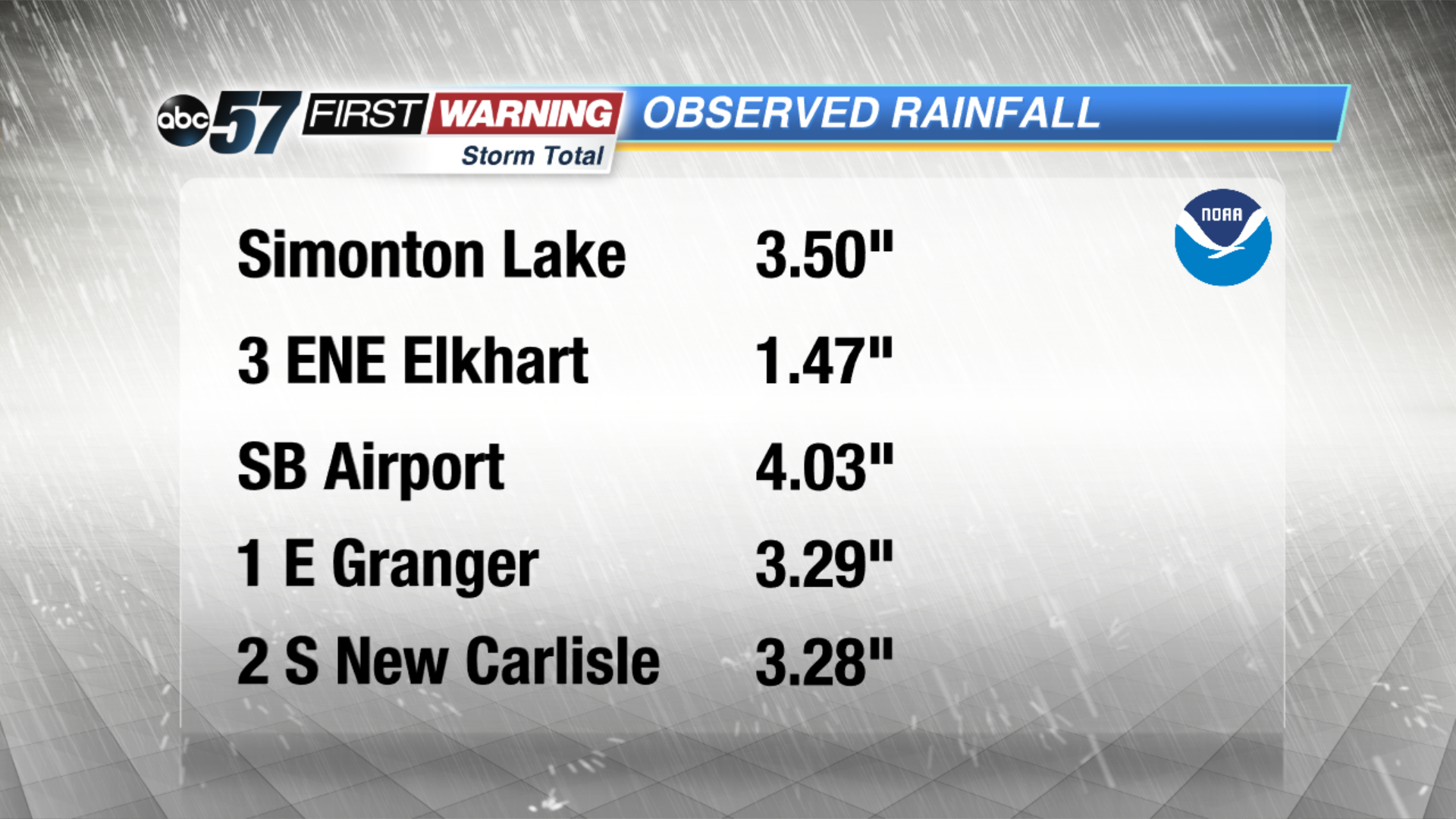