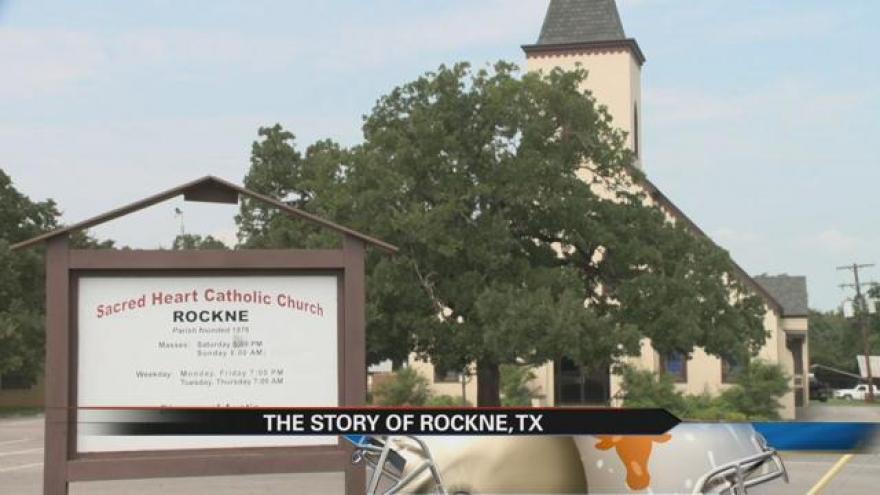 The Irish’s game in the Lone Star state takes on a special meaning for one small Texas town. It's a place with a very familiar name for Irish faithful.

It's a town called Rockne, the only place in the country named after the legendary coach. For Notre Dame die-hards, it may be Texas' best kept secret.

A small town in Texas with the namesake of a giant

"We love the name Rockne. We've really taken it on."

"It's a place where you feel at home. Everyone here is very warm and inviting. We have people here from all walks of life and all generations," said Lea Ann Lee, a columnist for The Statesman.

Blink, and you might miss it. The Bastrop county town just about 45 minutes outside of Austin hosts a museum dedicated to none other than coaching legend Knute Rockne.

"It all started at a church. The Sacred Heart School for Children had the opportunity to name this town whatever they wanted back in 1931. It just so happens that was the same year that Knute Rockne had passed away. The story that is local folklore is all the guys voted for Knute Rockne, and all the girls voted for Joyce Khilner, and it turned out to be a tie,” said Lee.

With the vote deadlocked, the students were told to go home and pray on it. The next day…

"One of the girls changed her's to Knute Rockne. And we've been Rockne ever since,” said Geraldine Martinez.

It's a story Martinez has heard countless times from her mother, who was one of the students who voted for the change. For her and many others, Rockne is more than just a name.

Her brother, Bernard, takes pride in the communities welcoming spirit.

"We grew up. This is our town. Everybody is kinfolks,” said Bernard Probst.

And while they may have adopted the coaches name, it's the icon's most storied traits that they hold dear.

"He was a man of great character and he really encouraged his players to make the most of themselves, get an education, and that's what our community is founded on,” said Lee.

"I think that's what you'll find in this community. Great values. Families are close,” said Martinez.

Like a mountain on a molehill, the legend's name, revered far beyond the country of Notre Dame.

The people of Rockne say they get visitors more than you would think, and often times, they are from Indiana.

They are sure to be watching tonight's game intently.