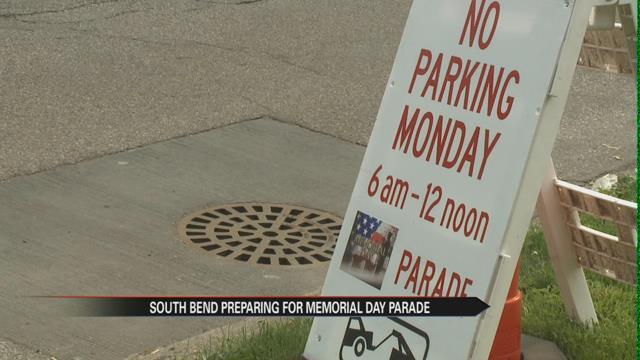 The city of South Bend is less than 24 hours away from kicking off its 92nd annual Westside Memorial Day Parade.

More than 90 groups will march to honor our vets.

But for many residents that will watch on the sidelines, Monday is also about coming together as a community.

“Next year when another one happens, I'll still be here on this same corner,” said resident Mary Bond.

Longtime resident, Mary Bond, has been a west-sider for more than 49 years, and she's watched the parade from her porch every year.

To her, Monday is about continuing a tradition of fellowship she and her late husband participated in for so long.

For neighbor Patricia Weeks, Monday's parade is about sharing with the community.

“A lot of them come sit on my front yard to watch the parade, which I don't mind,” said Weeks.

That community bond is what parade organizer Donna Wentzel looks forward to.

This is her first year helping on the committee and she got involved because of many soldiers' sacrifices.

She says seeing the community come together to support these vets makes it all worth it.

“When we're going down the street in the parade and we're waving to the people and I see the older veterans with their hats it's just very moving to me,” said Wentzel.

South Bend's Westside Memorial Day Parade will take place Monday at 8:15 am, and will start on the corner of Ford and Lombardy street.