While we could see several consecutive days of rainfall as we start the second half of the work week, areas of the southwestern United States are already baking in summer-like heat. Even though it’s hundreds of miles away, their weather out west has tremendous impacts on what we see in Michiana.

We’ve held onto the 60s and 70s in Michiana for most part so far this month, which is actually right where we should be. However, that’s not the case farther south and west, where highs of 100+ degrees are already popping up across Arizona, California, and Nevada.

In fact, yesterday, Phoenix hit 106 degrees yesterday, breaking their previous record of 105 degrees set in 1947. Today, most in the Desert Southwest are below record numbers, but still plenty 100 plus degree readings are on the board today. Let’s see why they’re already so warm. 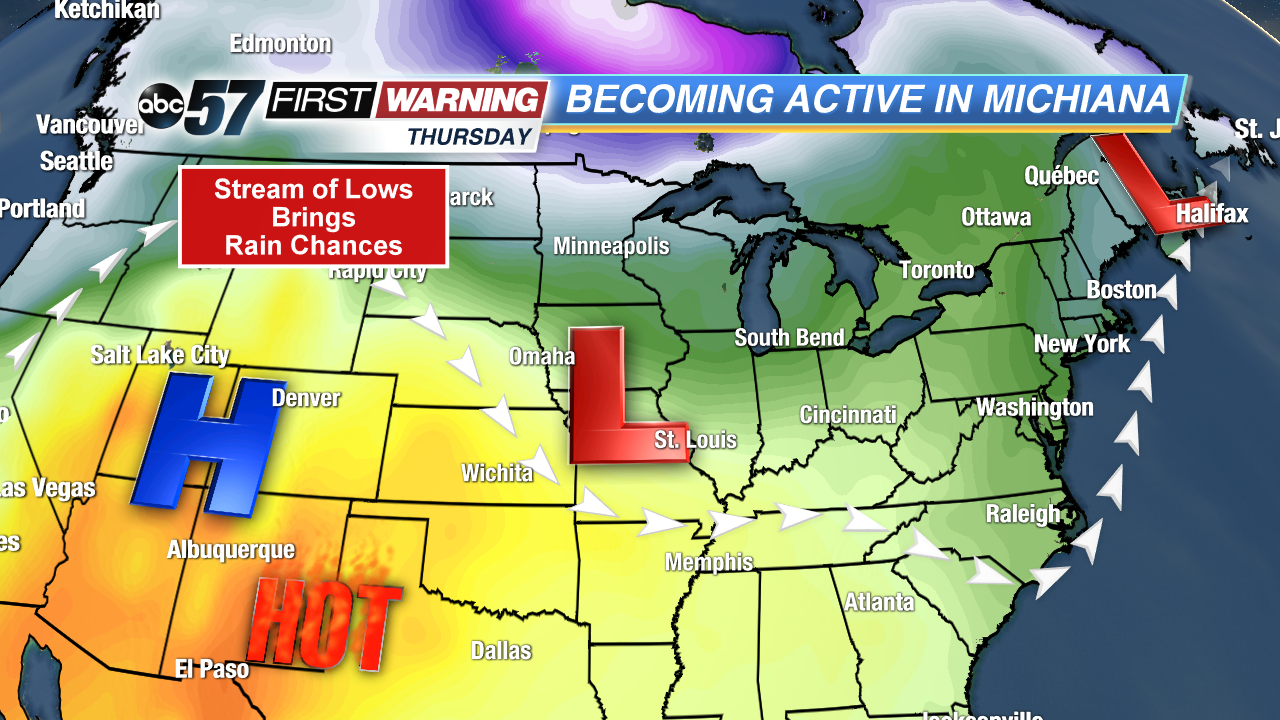 The jet stream is slowly surging northward in the western half of the country, allowing that hot air to filter in from the south. But, that ridge in the jet stream is leaving somewhat cool air sitting over the East Coast. A stream of low pressure systems will be forced up and over this bubble of high pressure and flushing them eastward right over Michiana, meaning opportunities for rain are coming for the second week. Some stronger storms are even possible on Wednesday. Be sure to stay tuned this week as we fine tune the forecast, especially since the rain could stretch into the weekend.